A very busy month for us working in the garden when we can.

When we leave the dogs we usually give them a small treat – an empty milk bottle each, empty margarine, peanut butter or dip tubs/jars. Occasionally we use up meat scraps putting them in old plastic containers destined for the recycling bin. One morning Ann put the last few bits of corned beef from Peter’s lunch into two containers then put them on the freezer in the garage ready for when she set off for work. Ann finished getting ready, told the girls it was ‘time for work’ which is their signal to go out to the garage. Both girls ran into the garage and stood waiting for their treat. When Ann looked for the two containers of corned beef she could only find one – the second container was on the floor – empty! When she asked who had eaten the corned beef Honey just kept sniffing around the empty container whereas Maxie looked guilty – looking between Ann and the freezer, wagging her tail slightly but not sniffing at the empty container. Whilst Ann had been putting her shoes on Maxie had snuck out to the garage, jumped up and caught one of the two containers and snaffled the corned beef! Little monkey.

We started the month with a trip to the bonsai convention in Auckland.

Peter took all the backing boards and table cloths we use at our show and spent most of the Friday setting up the display stands in the show area whilst Ann sorted out covering all the tables and generally organising people. Peter was also in charge of the competitions at the show so he was busy setting those up and helping with the judging. 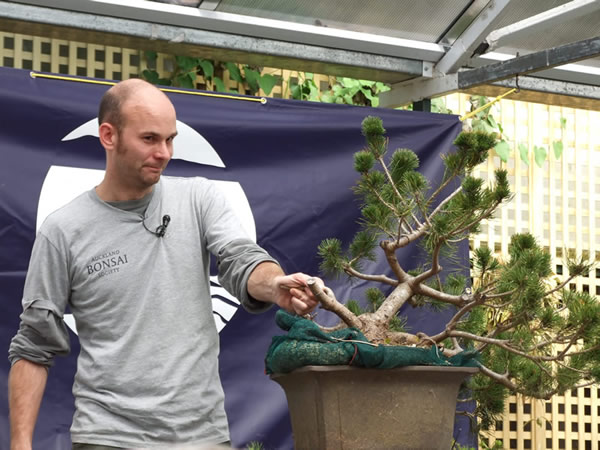 The main demonstrator for the weekend was Peter Warren from the UK.

His demonstrations were excellent – the tree he worked on during Saturday was originally a mugo pine we had grown in our paddock for a number of years before being bought by an Auckland bonsai enthusiast. 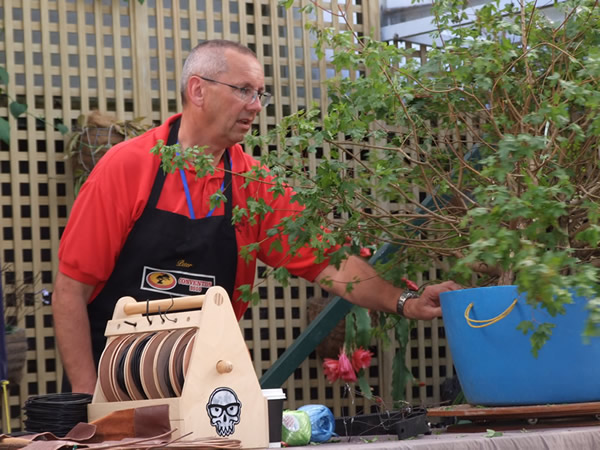 Peter was on stage as part of the local demonstrators session on Saturday afternoon. He was working on a tree he started at the Convention in 2010 – it has grown a lot since then and needed to be pruned to shape. 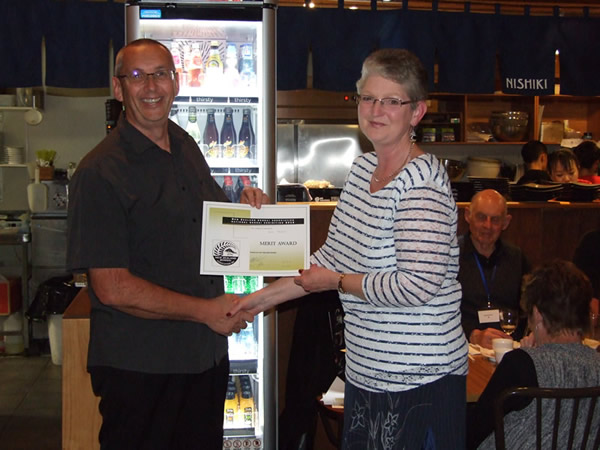 On the Saturday evening we had the Convention dinner at Nishiki, a Japanese restaurant where all the awards were handed out by Peter as the newly elected President of the New Zealand Bonsai Association. Ann won a merit certificate for one of her trees, a coprosma. 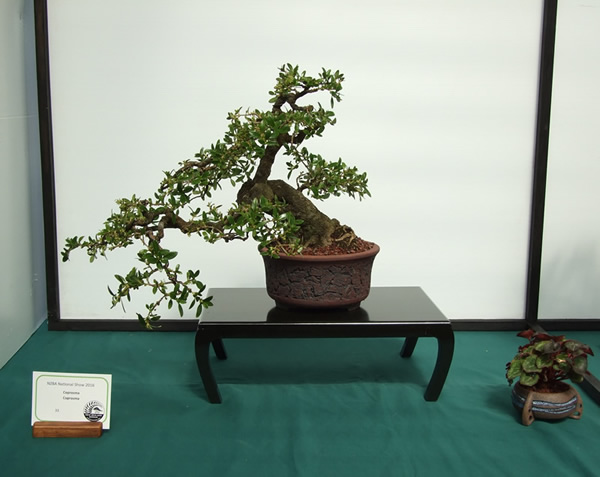 Whilst we were away at the convention the girls had a holiday in some new kennels over in Karapiro (our old kennels had closed down). When Ann picked them up on Monday evening both girls were super excited to see her – oh what it is to be missed!

Back home Peter has spent quite a few hours redesigning the websites for both the NZBA and next year’s Convention in Dunedin.

The dramatic earthquake near Kaikora, at the top of South Island has been dominating events here. Peter woke up just after midnight and felt the house gently shaking but Ann and the girls slept through it. 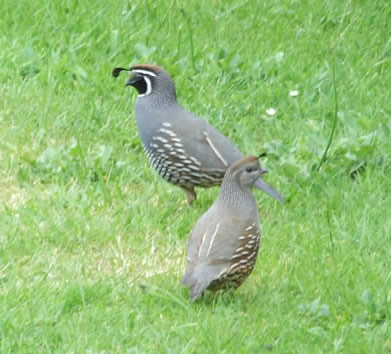 In addition to all the usual birds we see in the garden/paddock we now have quail. They were spotted running around the dog enclosure. We’re hoping they haven’t set up nests too close to the ground or two dogs will be helping themselves to eggs for breakfast! 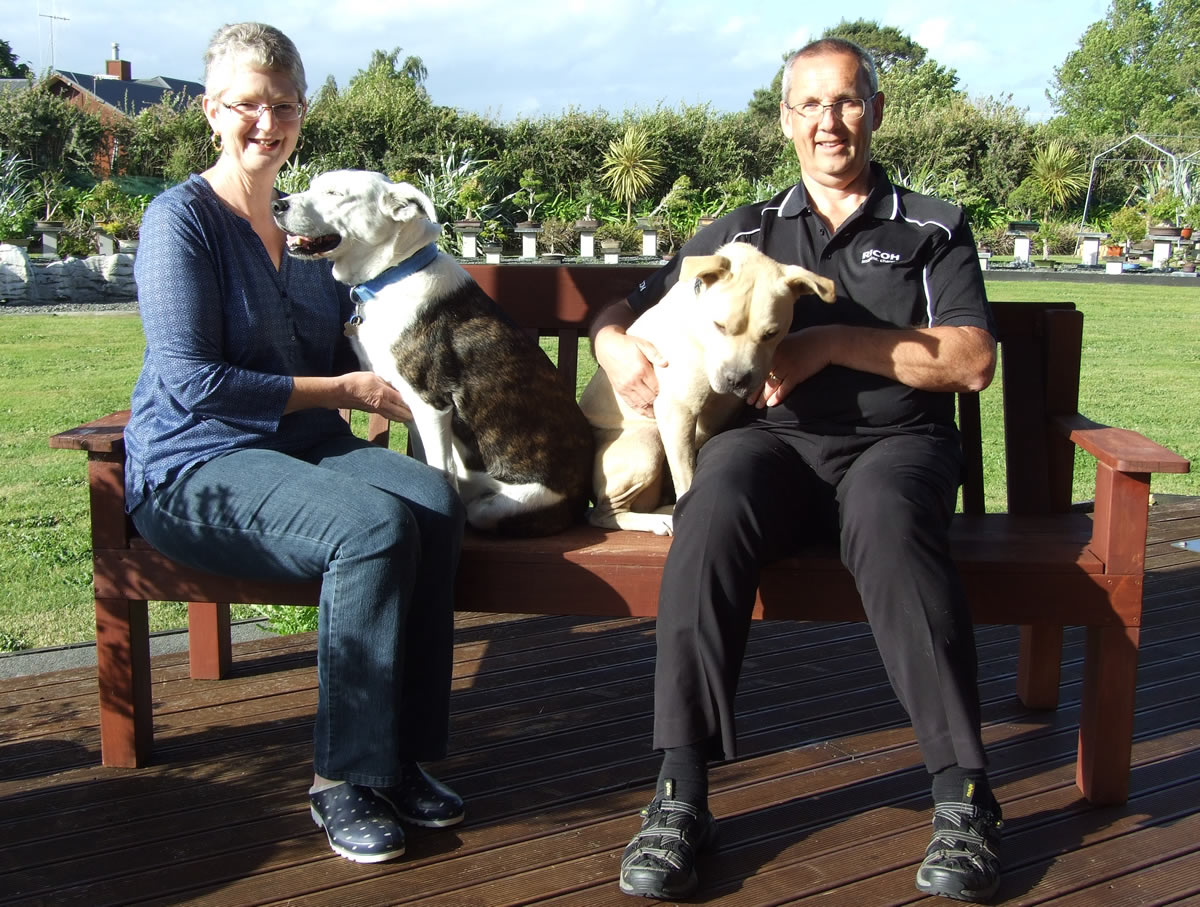 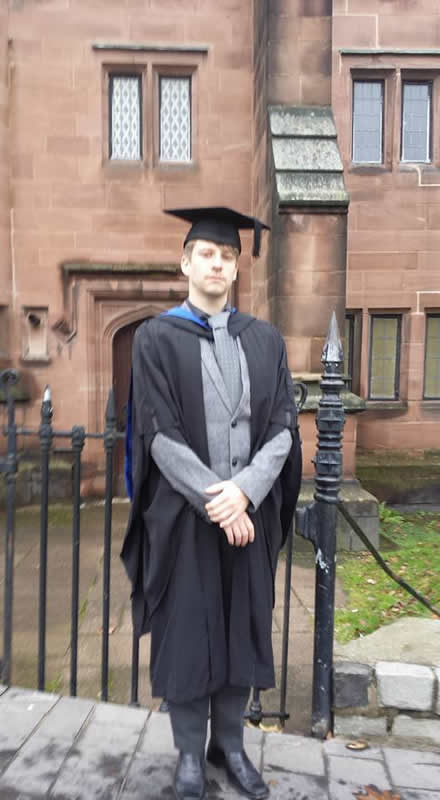 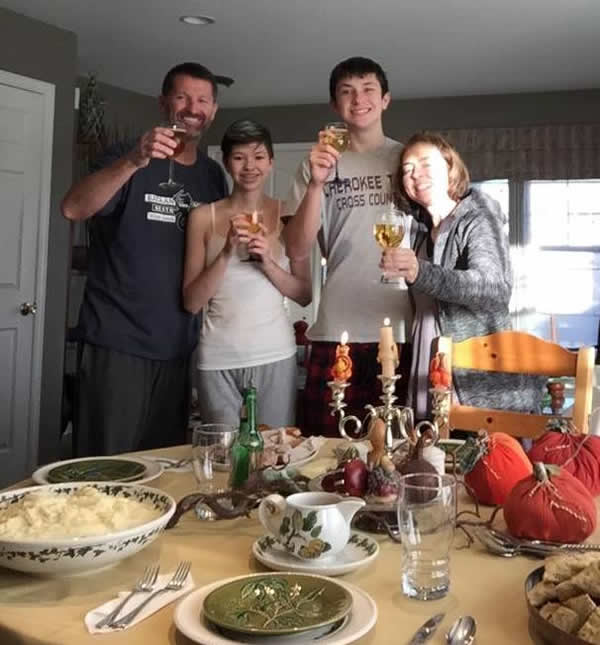 Allison and John celebrated Thanksgiving with Alex and Michael.