Ann enjoyed the first week of October as she was still on her Term 3 holidays. 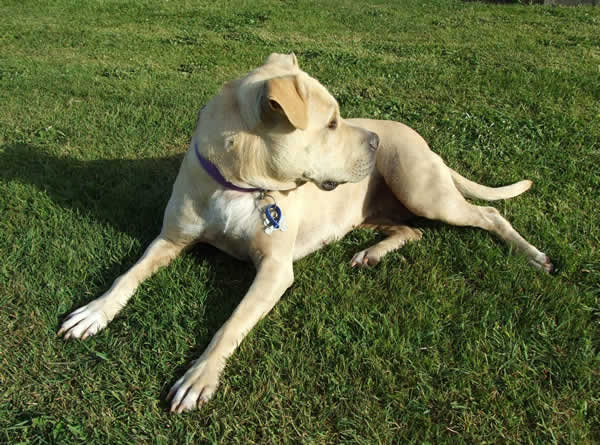 The girls were happy too as they got more fuss, attention and treats that week. 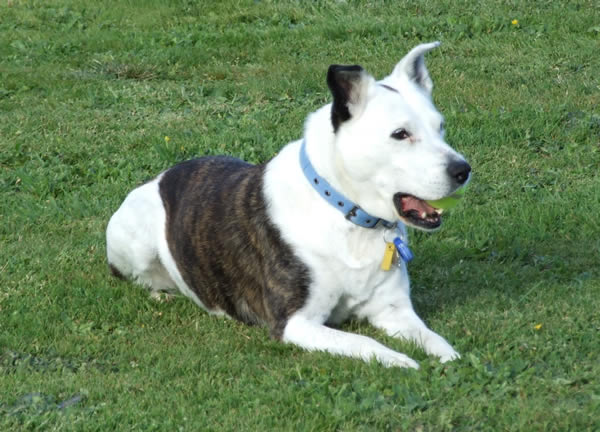 It rained, rained and rained all through the first part of the month. It’s been so difficult to do any real work in the garden. The grass keeps getting so long the mower struggles to cut it. One day when Ann was trying to cut the grass in the paddock the mower kept cutting out, then finally it died altogether. Ann thought she’d broken it (again). Luckily it had just run out of fuel (blonde moment there).

We’ve started popping into Te Awamutu for fish and chips on Wednesday evenings as the local pub grub is not up to much. The girls love this as they get a ride in the Ute, a walk around the local duck park (surprising a few sleepy ducks with a cold wet nose or two) then a few chips each once we’ve eaten. The only real downside is having Maxie sit there watching us eat and drooling so much it dribbles down the seat backs onto the floor – yuk! 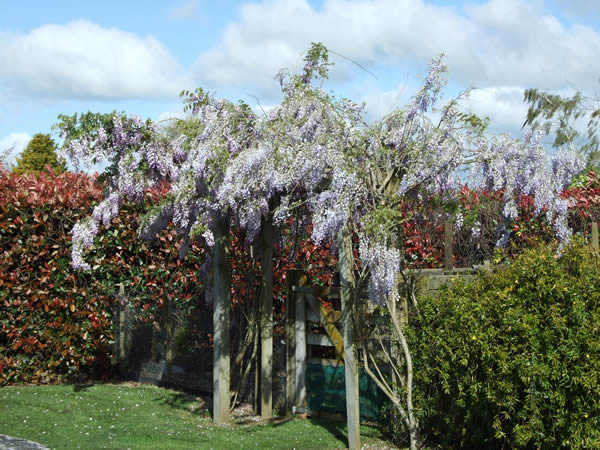 The wisteria we have trailing over the gates have put on another good show and it has been nice walking round the village with all the scent from the flowering trees. 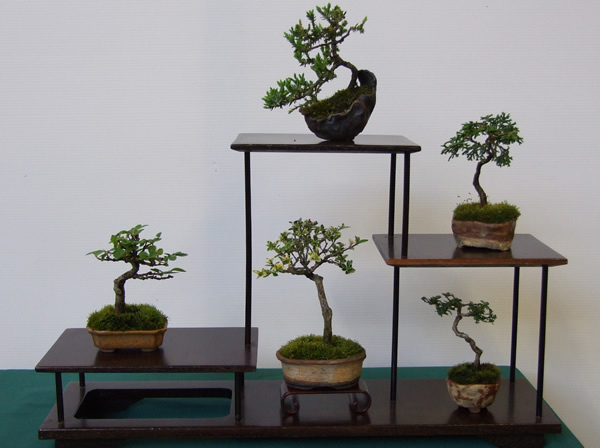 We had our annual club Bonsai Show at the Hamilton Gardens pavilion this month. As usual the club managed to display over 100 bonsai. We had lots of visitors over the weekend as the weather was warm and sunny. 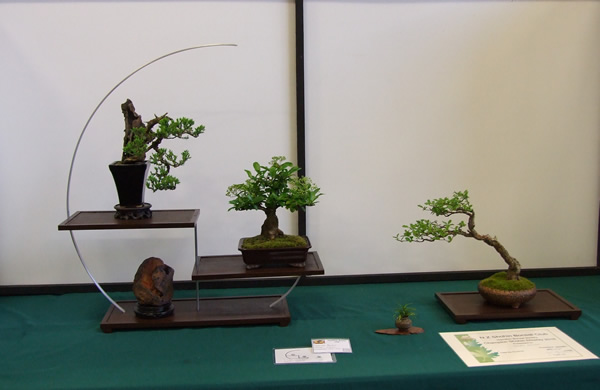 This year we had a couple of special competitions specifically for smaller trees. 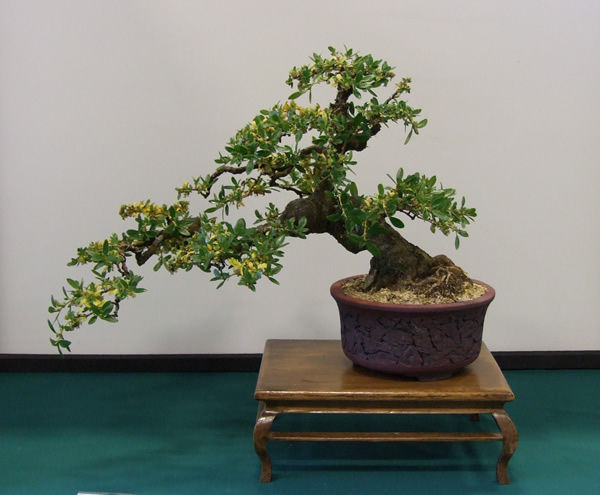 Peter spent a large part of the weekend outside the show sitting at a table working on a tree to attract visitors to the show and answer general questions from the public. 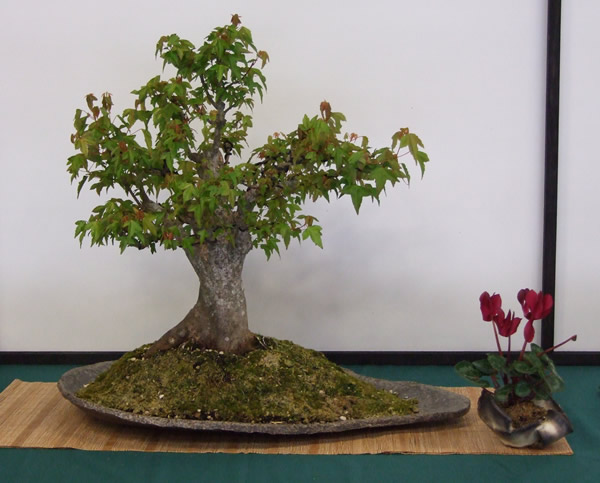 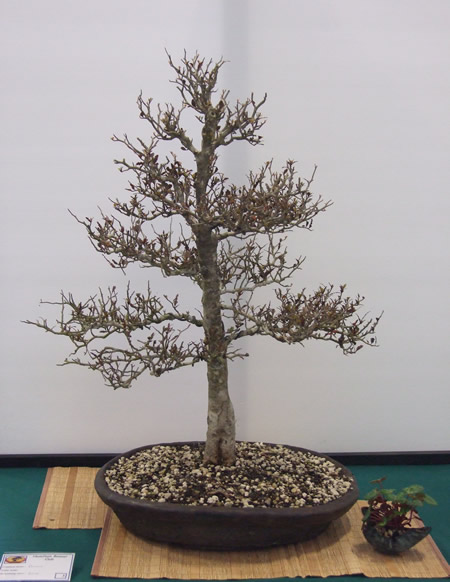 Peter has been talking to his boss about dropping down to a 4 day week to have more time at home with Ann. Hopefully this will start in the new year with him not going in on Fridays.

On one of our daily walks around the village Honey discovered an inflated balloon. She nosed it and it ‘wriggled’ (as balloons do) giving her such a fright. On our way back we encountered the balloon again but she wouldn’t have anything to do with it. 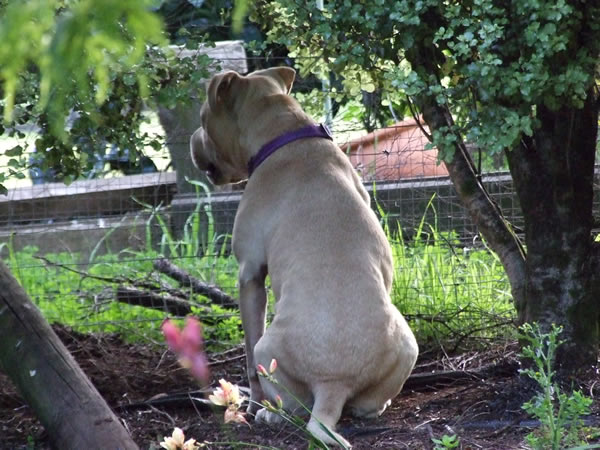 Peter caught Honey jumping the fence into next door’s garden – looks like more expense on fencing. Maxie still loves playing with and chasing her tennis balls whilst Honey prefers to chill out or sit at the fence waiting for next doors’ dog to come out and play. 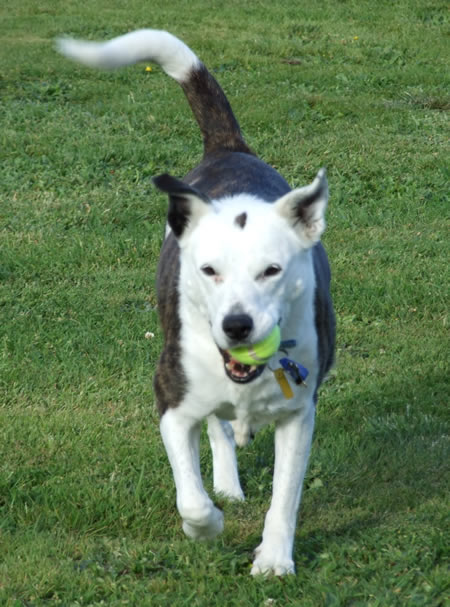 The weather (although wet) has at least warmed up and the girls have moved back into the garage at bed time which means that Ann has her laundry back – at least until next winter when it gets too cold to sleep in the garage again. 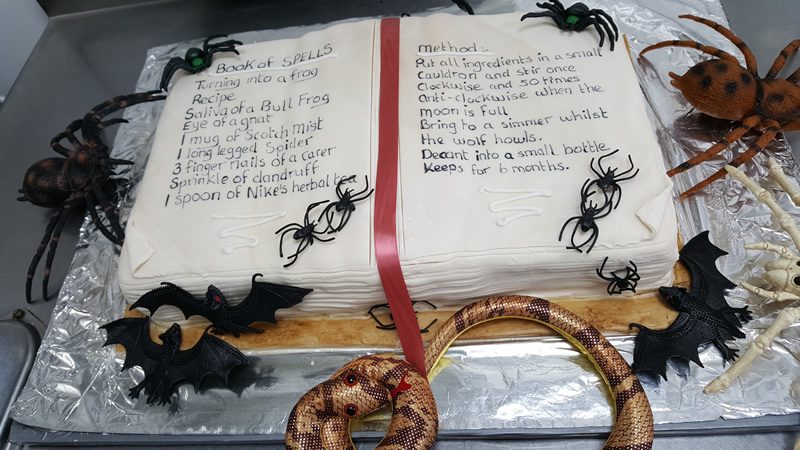 Carol (Ann’s sister in law) made an awesome Halloween cake for the rest home she works at. 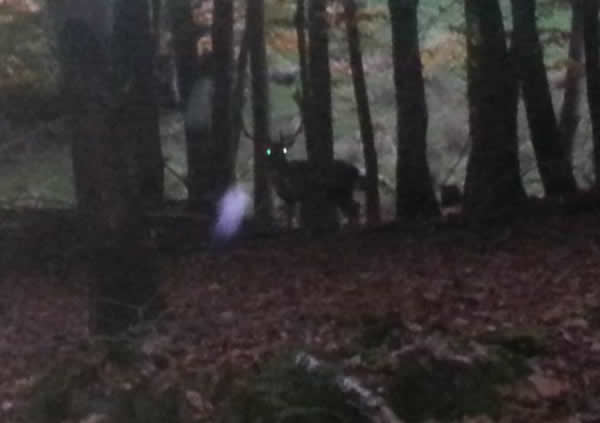 Dave and Ann saw a full grown stag on Clent Hills whilst walking their dogs early one morning.