Kia ora and welcome to our June news

We started the winter with a cosy meal with neighbours Rob, Bev and Tom

Honey and Sox like to bark and race up and down the fence on either side of the garden. We’ve turned the hose pipe on them to stop them before but as the garden is so big (almost an acre on this side of the house) the hosepipe can only really be used on one side. By the time we drag it across to the other fence the girls  have run back indoors! So Ann invested in a new toy for Peter to use. Now when they start barking and charging up and down the fence line Peter has only to pump up the super soaker and they’re both calmly walking back to the house!

Peter’s done one shift of volunteering at the Hamilton Gardens and we both attended a ‘training’ afternoon (which was more of a quick update on health and safety plus future developments for the gardens) followed by social time with afternoon tea.

We had our AGM and a bonsai garage sale at the club meeting this month. Peter was elected as the new club president (this will be his second stint as president) and Ann is back on the committee.

Peter managed to finish cutting all the photinia hedge as well as most of the kanuka hedge. He still has to finish it, plus attack the small corokia hedge down the driveway and the berberis hedge.

We had arranged to drive down to Rotorua to dig up some privets in the redwood forest with the Rotorua bonsai club (privets are considered a weed and the department of conservation are happy for people to help get rid of them). However the dig was postponed (two weekends running) due to some exceptionally bad weather running up the country. There was even a tornado in Auckland which caused a lot of damage to properties, trees and power lines.

One of our fences blew over as you can see. 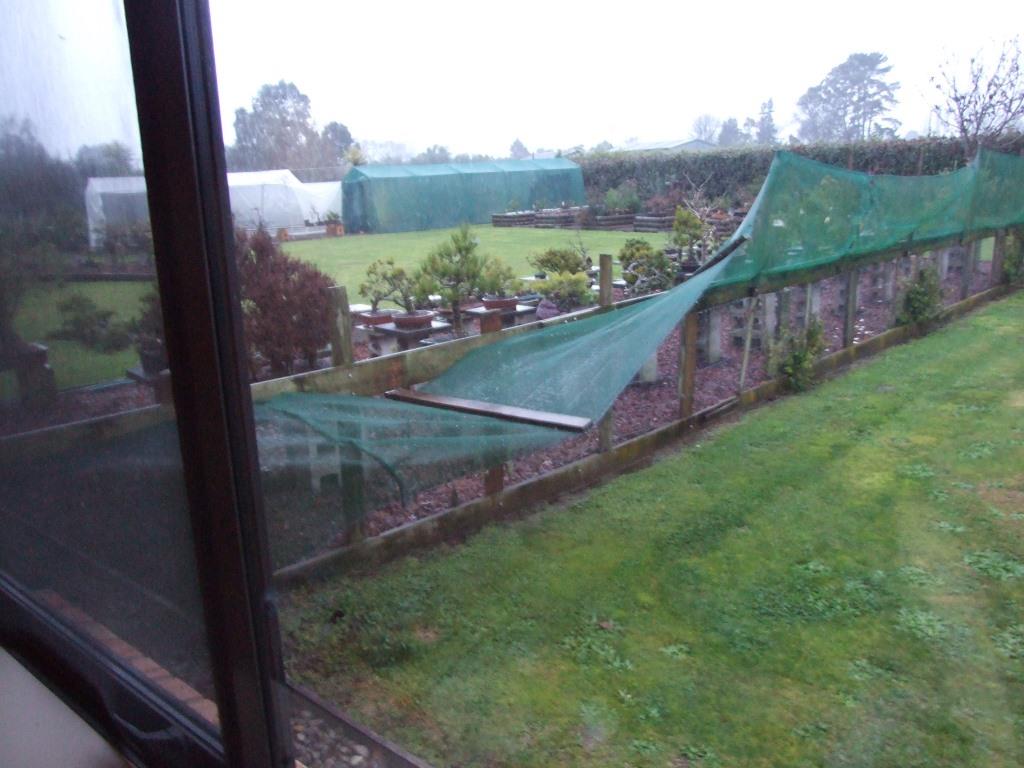 Sox would be able to leap over this and possibly escape the garden so we had to keep them inside one night (they normally sleep in the laundry area which has access to a small part of the garden). Honey was happy to sleep indoors rather than the laundry but Sox was very unsettled. She paced around until 3am before finally sleeping (and letting me go to sleep). 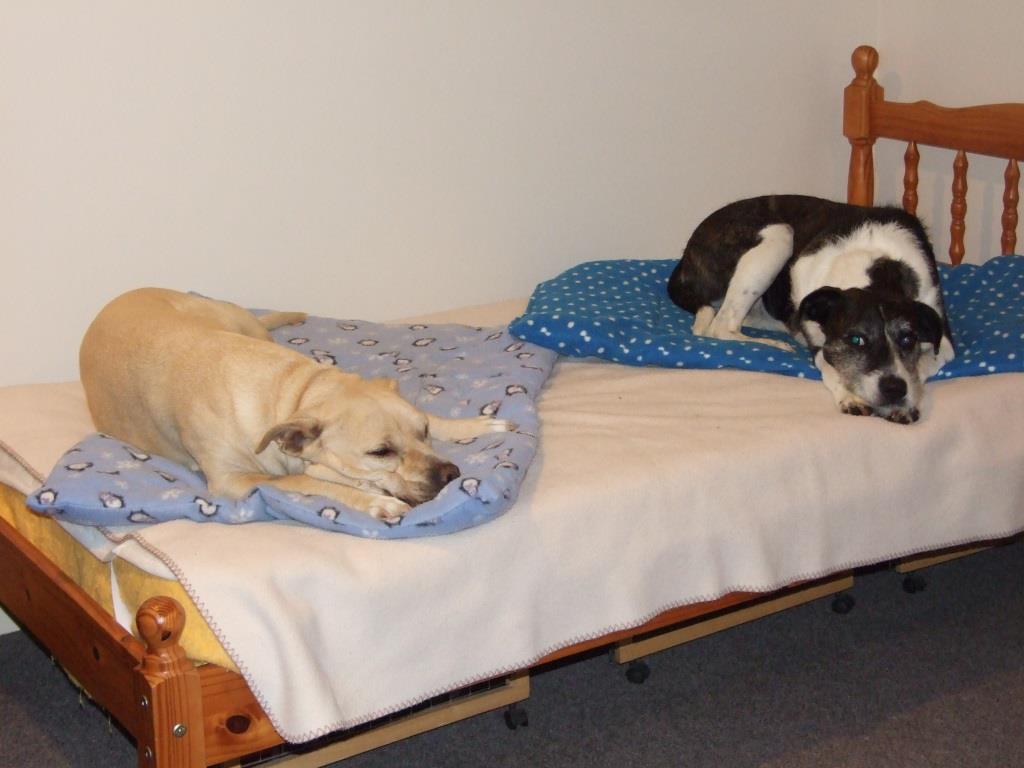 The wind managed to blow some of our bonsai and the stands over too. Luckily nothing was damaged. 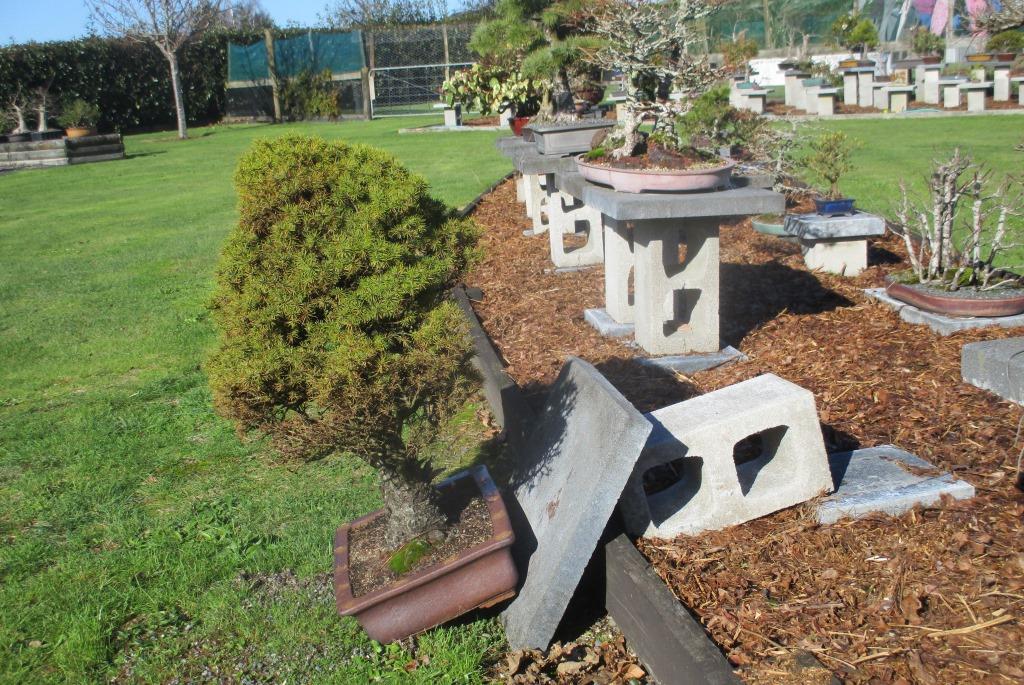 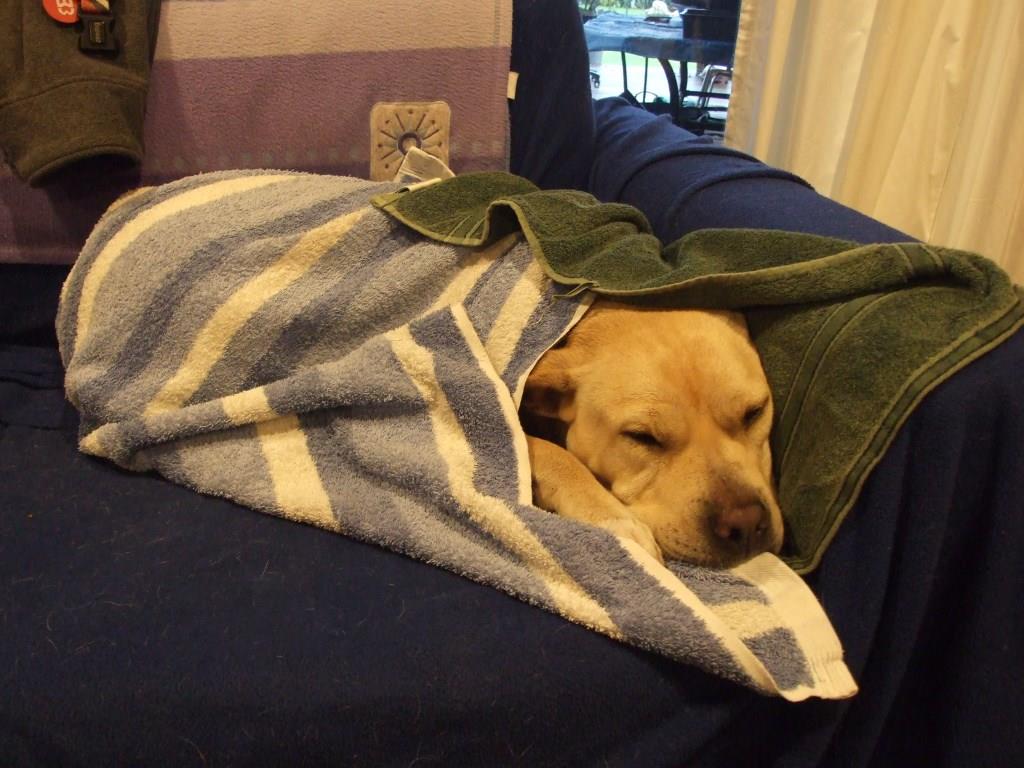