Kia ora and Welcome to our September news,

What a busy month we’ve had beginning with Ann having two days off sick with a chest infection and laryngitis.

We managed to get to the Red Cross Book Fair early in the month. Although we only managed to go round one of the two rooms full of books we still came away with six books for Peter and 28 for Ann. 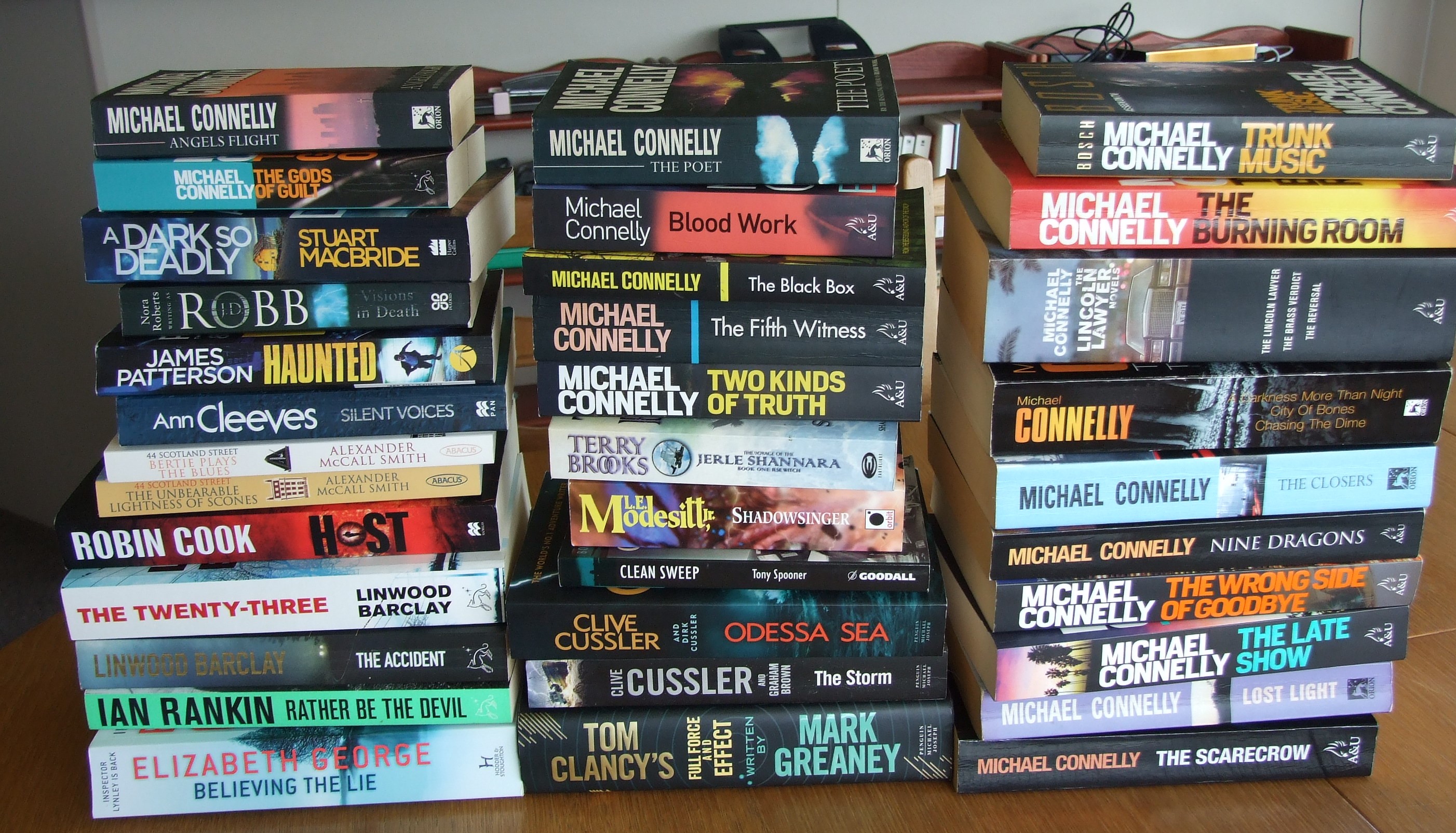 As the bonsai club show and national convention are coming up in October we’ve spent much of our spare time getting ready for it. Peter’s been building the backing boards for the displays whilst both of us have been busy preparing our trees too. each tree is taking hours to get ready – cleaning the bark, preparing the soil surface, adding moss, cleaning the pots, plus pruning and tidying the tree itself.

Here are some of the trees we’re displaying at the bonsai show. 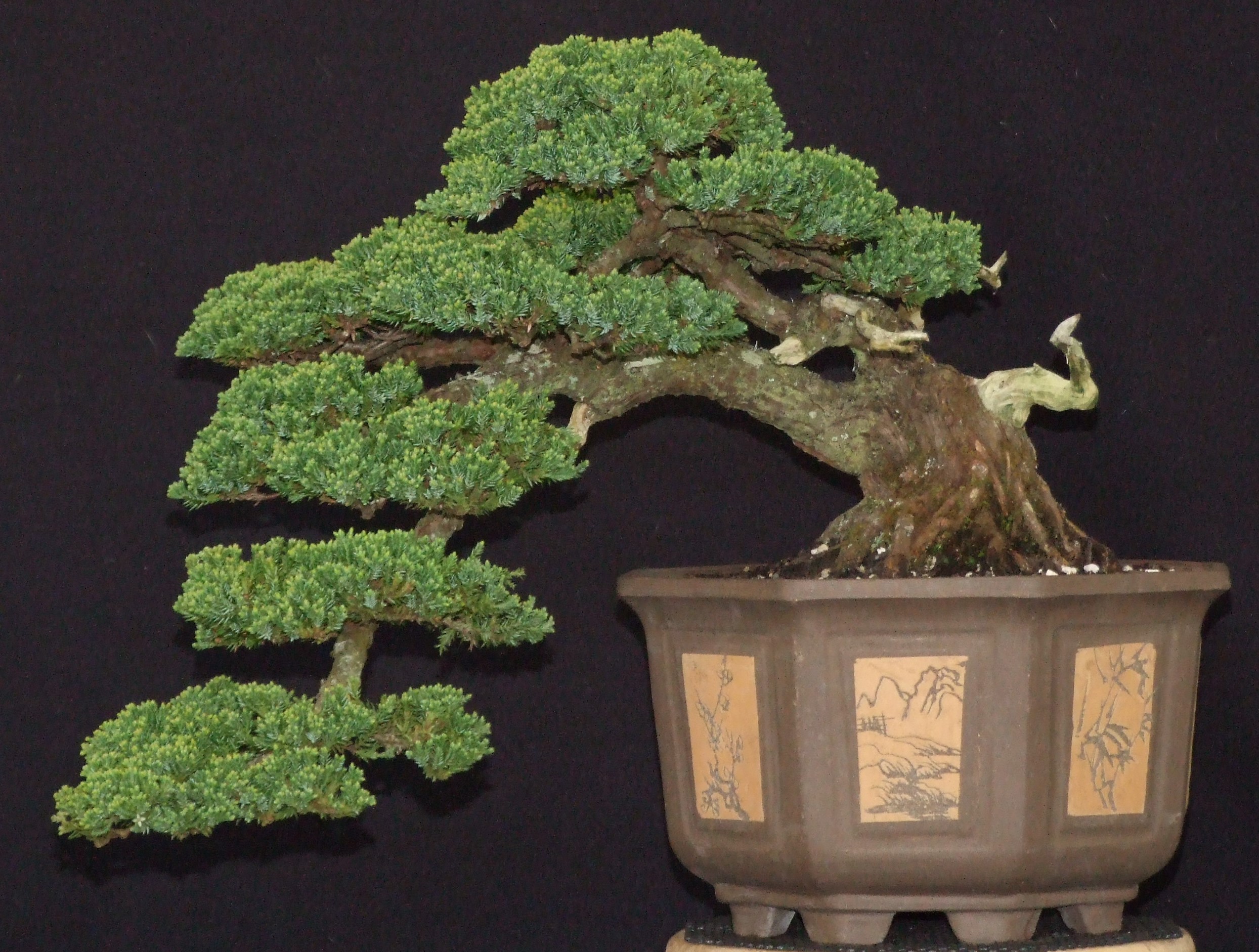 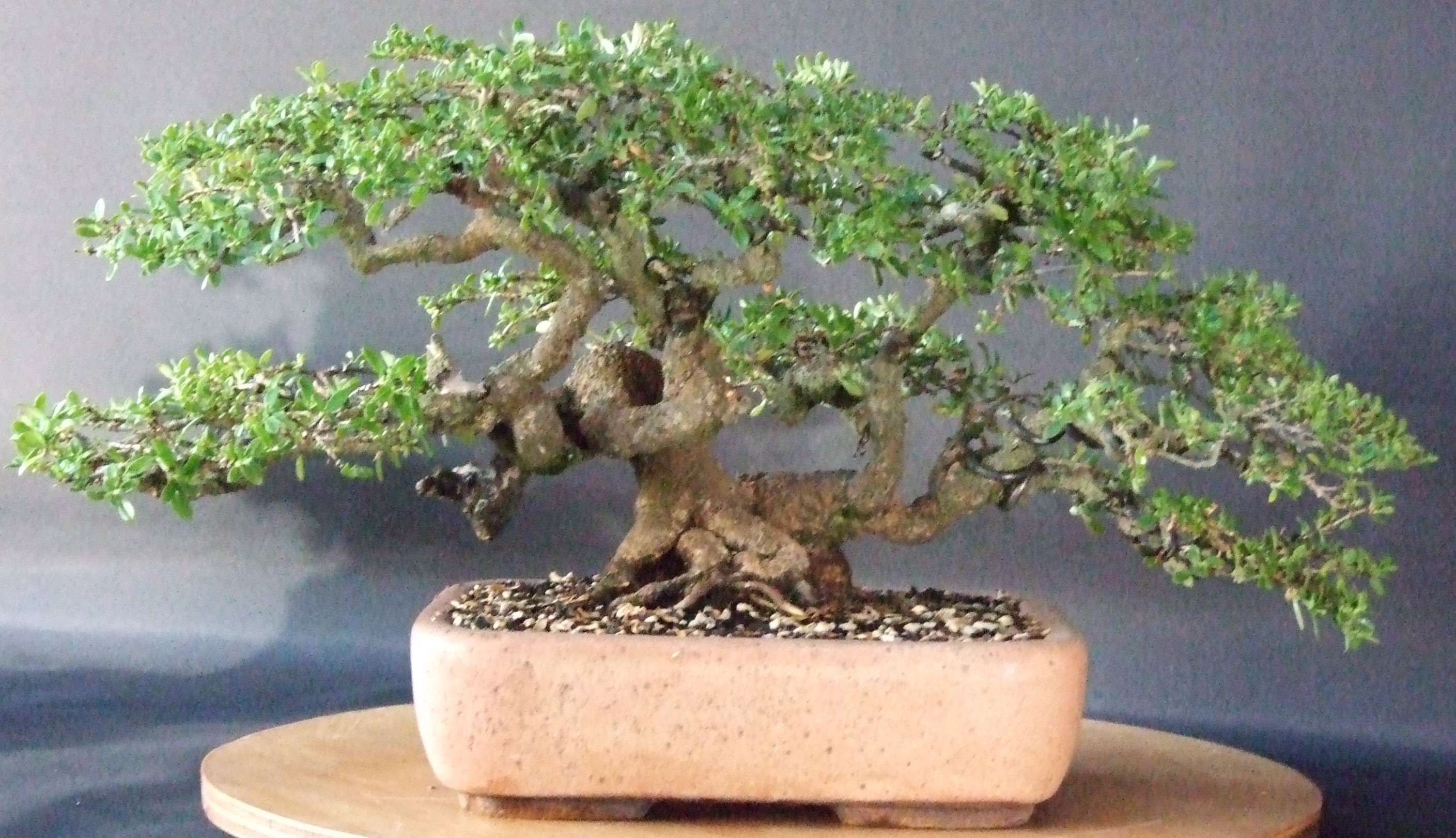 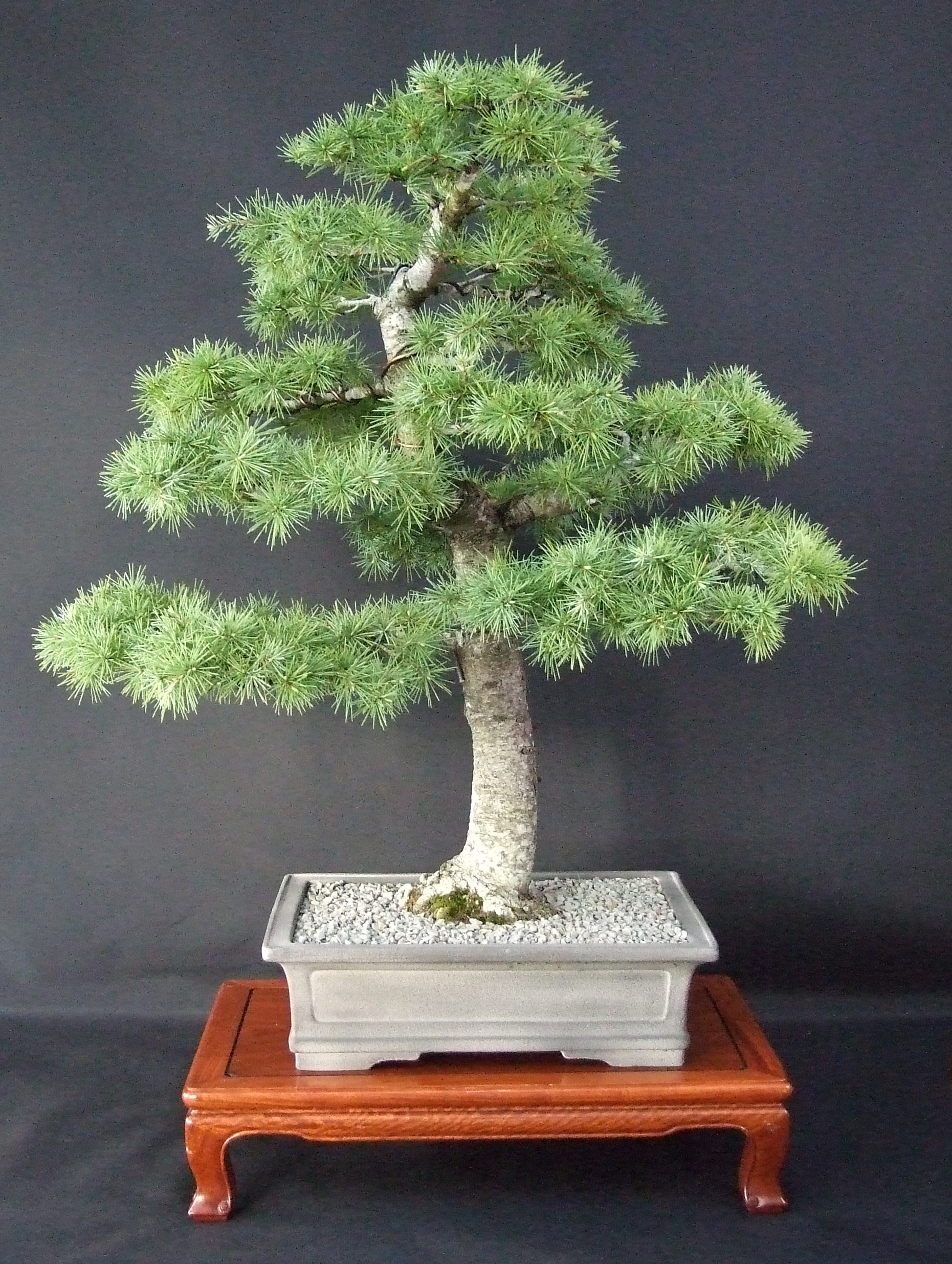 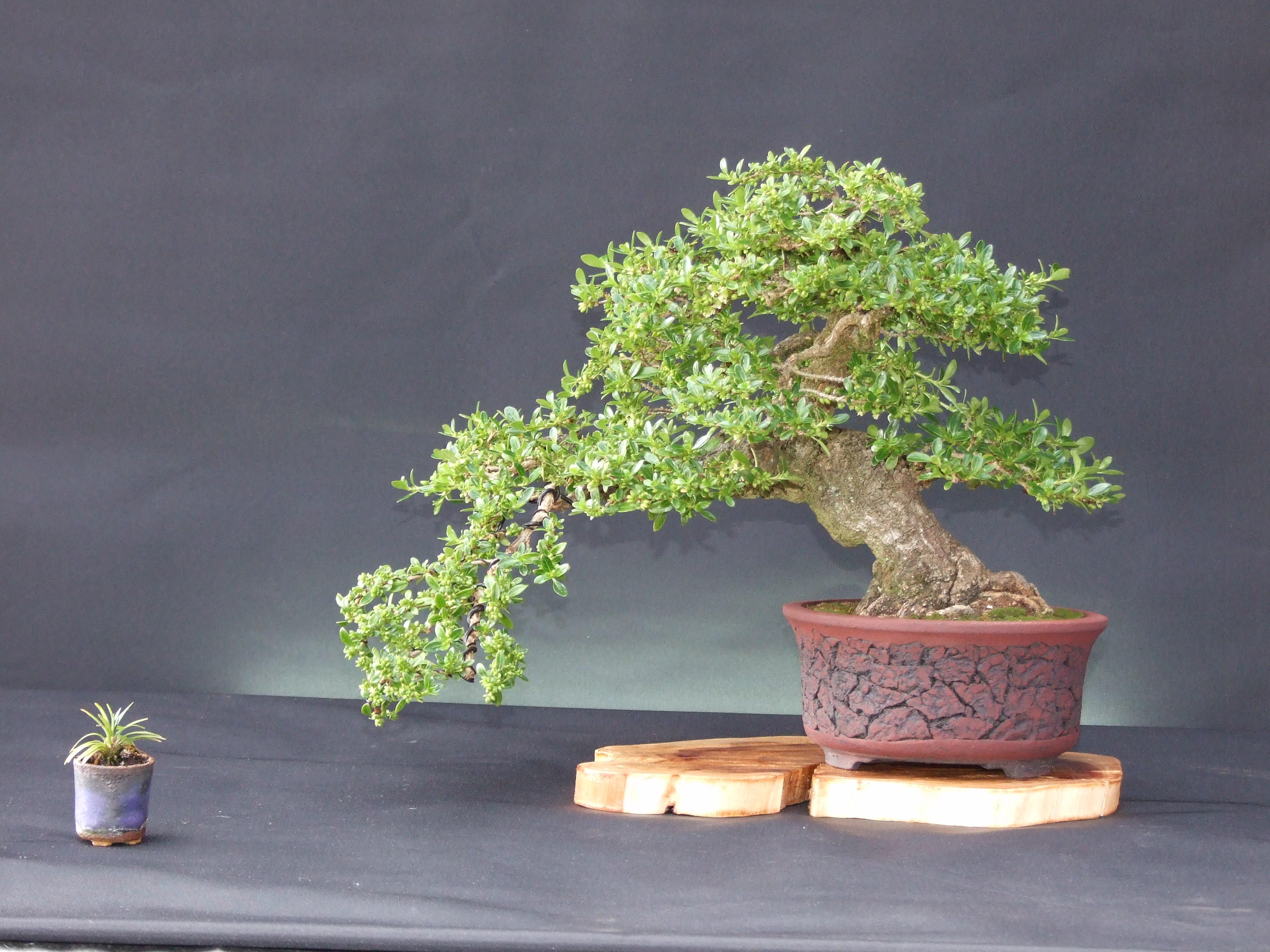 And, of course, Jake. 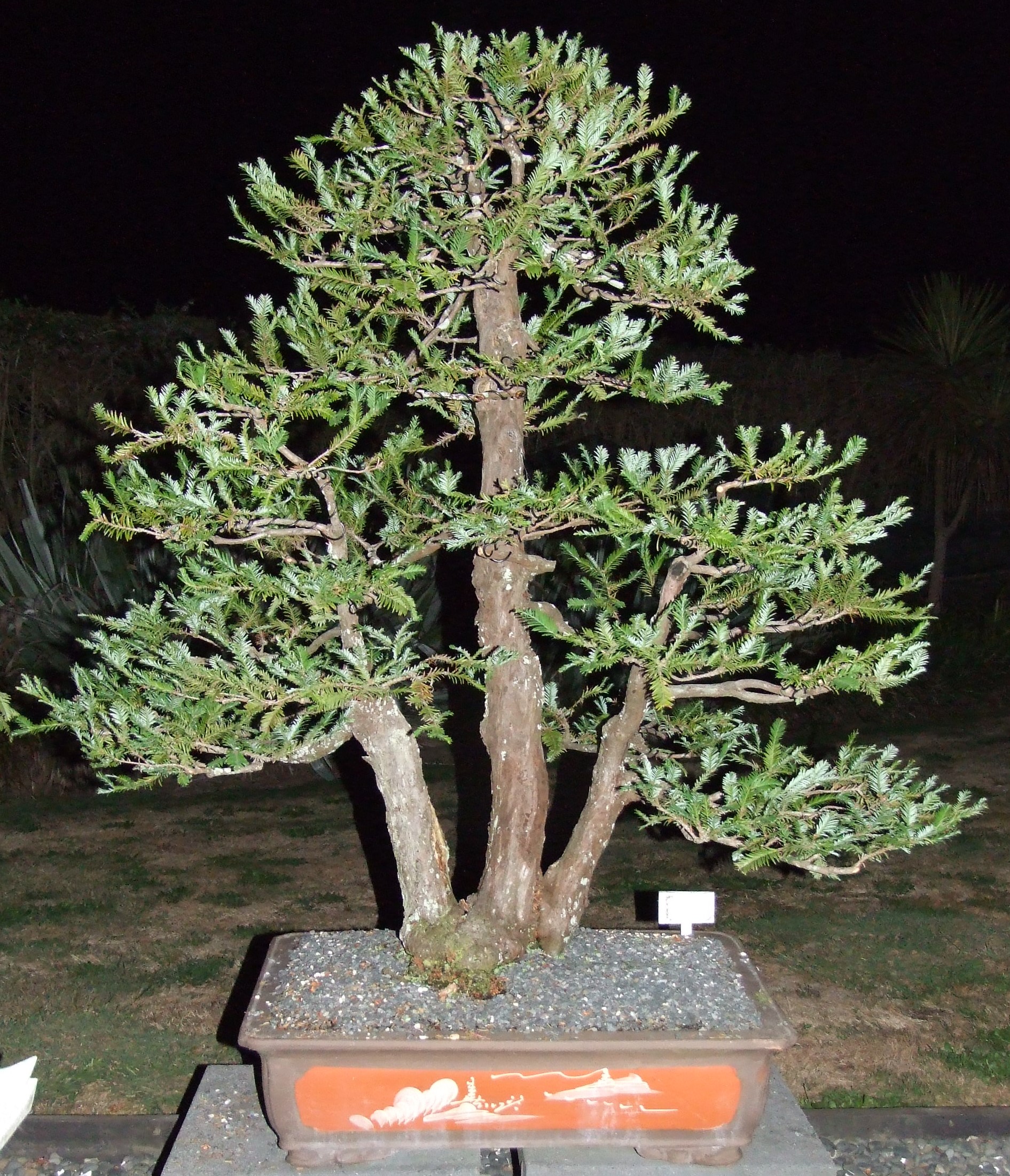 Ann carving her juniper for the show. 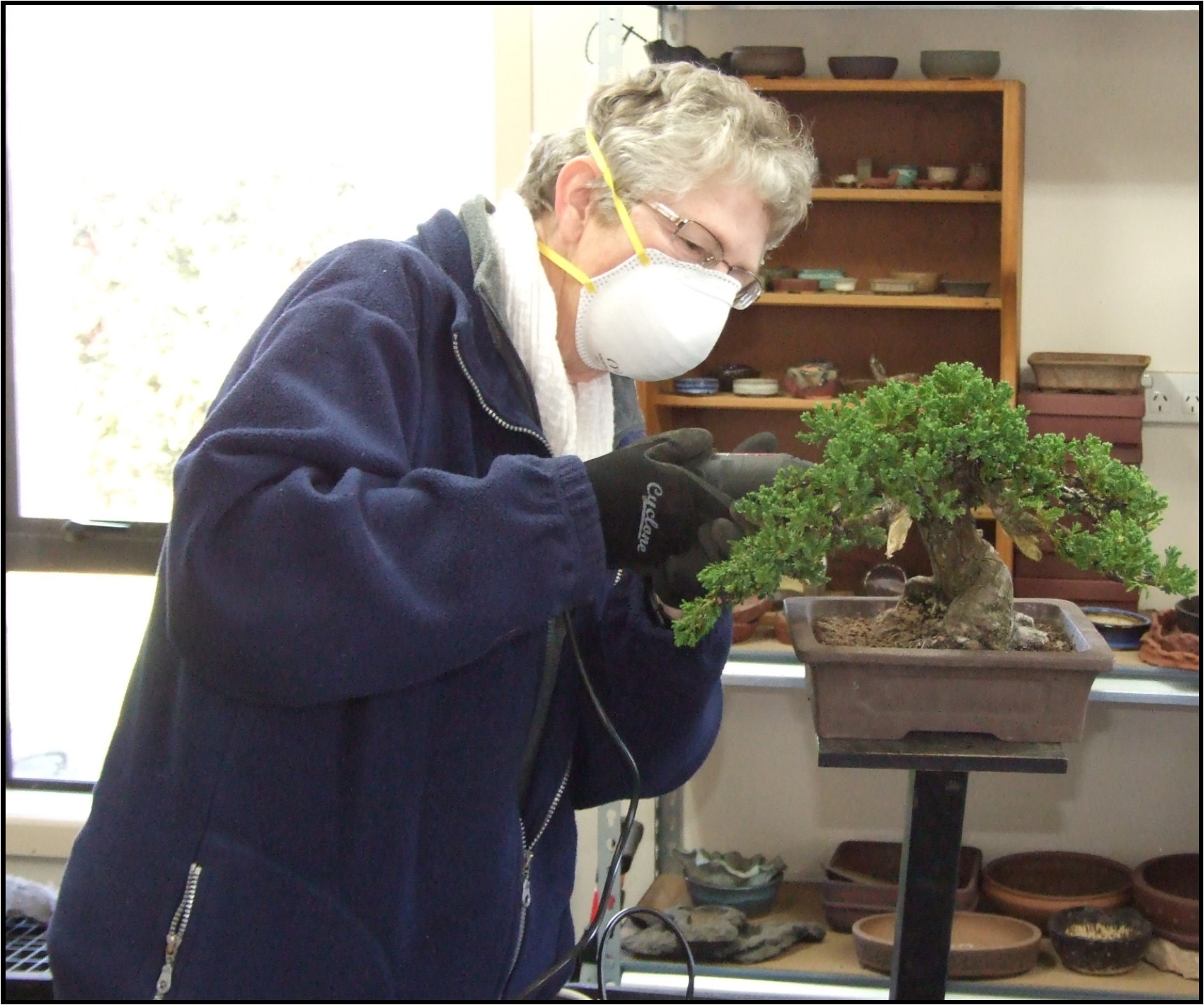 It’s been fairly quiet at work for Peter – only one trip to Auckland to install a phone system this month. He’s done one in Hamilton and a lot of preparation work for one to be installed at six locations in the Waikato later this year.

Honey has decided that she wants to stay in the house whilst we’re at work. So each morning when it’s time for us to leave, instead of going into the laundry Honey will now creep in the opposite direction into the study, hoping we haven’t noticed!

Maxie has decided she quite likes being under a blanket. 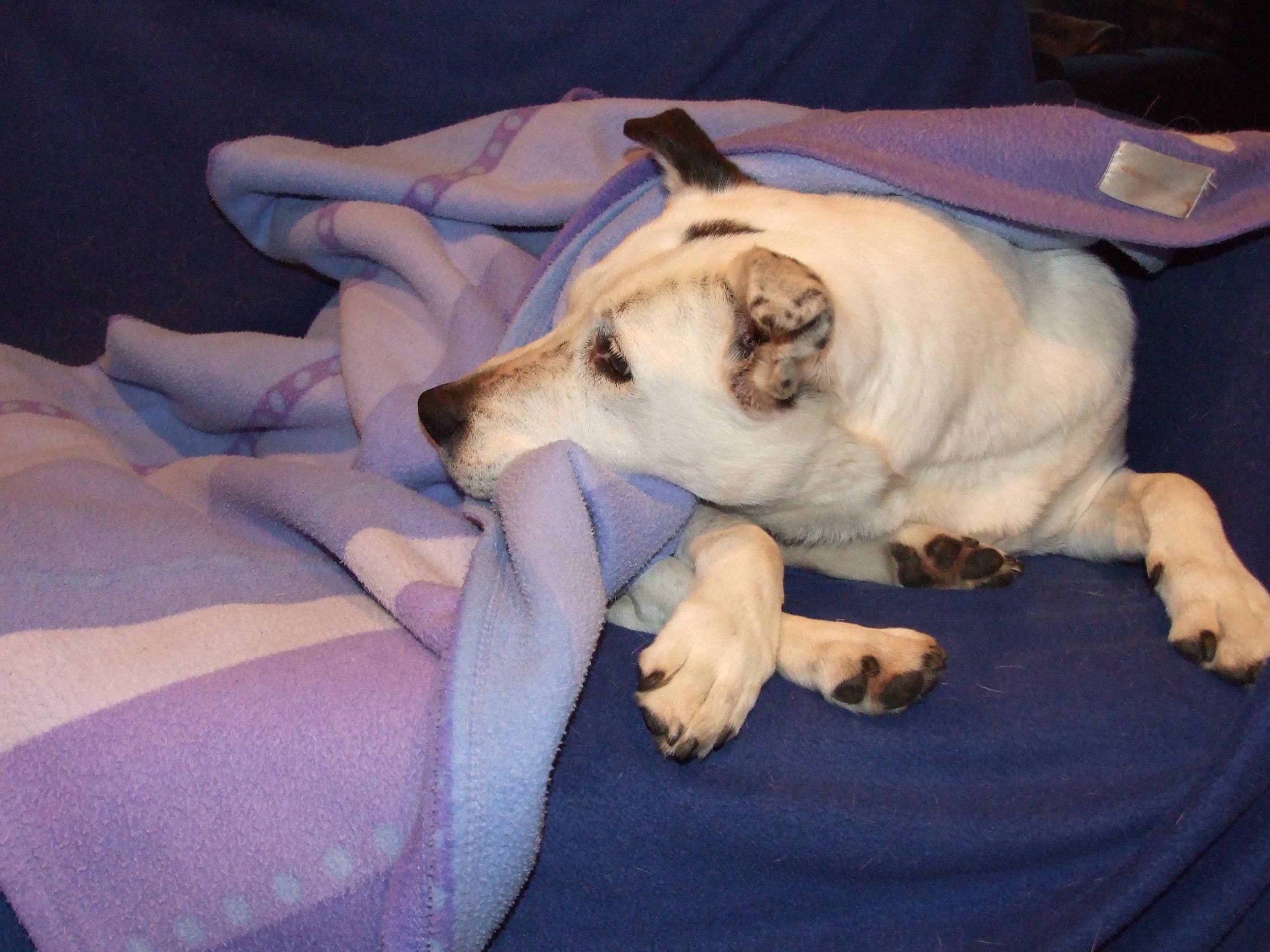 Honey finally had her teeth cleaned and descaled – plus one tooth removed as it was broken and infected. She was quite pitiful when Ann got her home and she needed lots of cuddles.

We’ve been trying to organise for Honey to have her dental surgery all year but each school holiday has seen Maxie sick and needing the vets.

We had our annual Pirongia Craft Fair in the village. We wanted to get a bird bath but couldn’t see anything we liked. However Ann did get some wine as usual and Peter bought her some fudge too.

Daylight savings began the last weekend of the month. We now have darker mornings but lighter evenings for walking the girls.

And we finished the month with Ann even sicker than the beginning. Same problems – bronchitis, sinusitis, laryngitis, chest infection. This time antibiotics were needed. Thankfully as the school holidays have started she didn’t need to take any more time off work.

Ann’s great nieces. Back to school for Paige (looking so grown-up), and first day at school for Rhiannon. 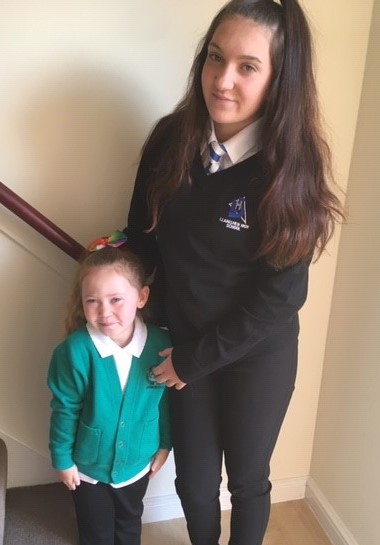