2020 began quietly with lunch out in the village with friends, followed by wine, beer and snacks on the deck (perhaps a little too much wine – forgot to take a photo).

Ann finally got her car door fixed. It will again open and close when ordered to do so.

We spent some time in the garden but the afternoons have been too hot so its either chilling in the house reading or working on bonsai trees on the deck. The honey bees are having a wonderful time with the flowers on our Japanese Raisin Tree – we can hear them from 10m away. 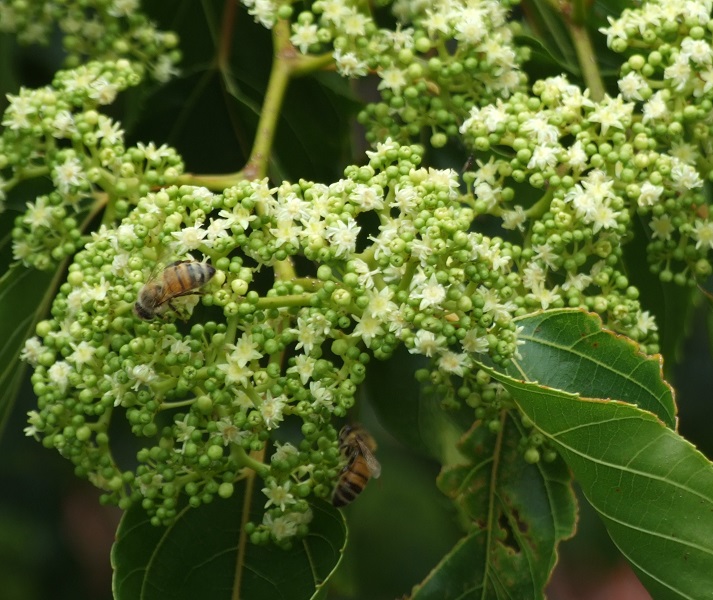 Peter handed in his work laptop, phone and keys in on the 24th so we are both officially retired now. To celebrate we went to Fahrenheit in Te Awamutu as Ann had a voucher for there as a retirement gift from the staff at her unit. 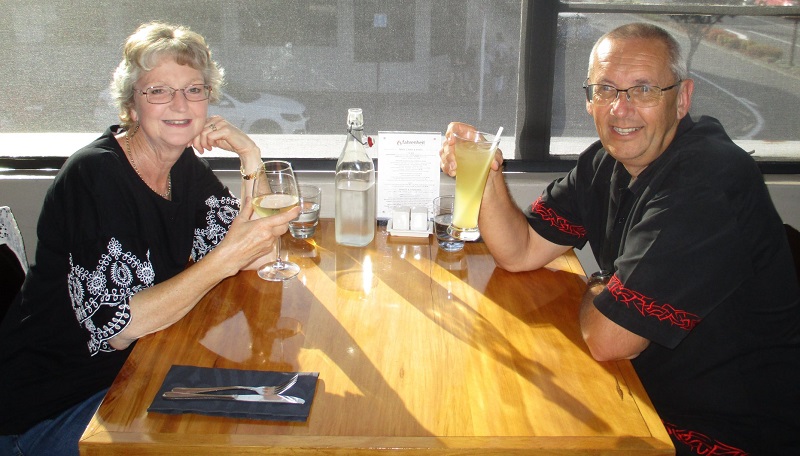 Honey has been getting a bit stubborn when going out for walks – if she doesn’t like which way we’re going she will just sit down and not move. As Ann has been walking her early in the mornings to avoid the heat whilst Peter was still in work this led to some very roundabout walks and even got to the stage where she refused to go out of the gate unless Ann took her to Te Awamutu in the car to walk around the town! 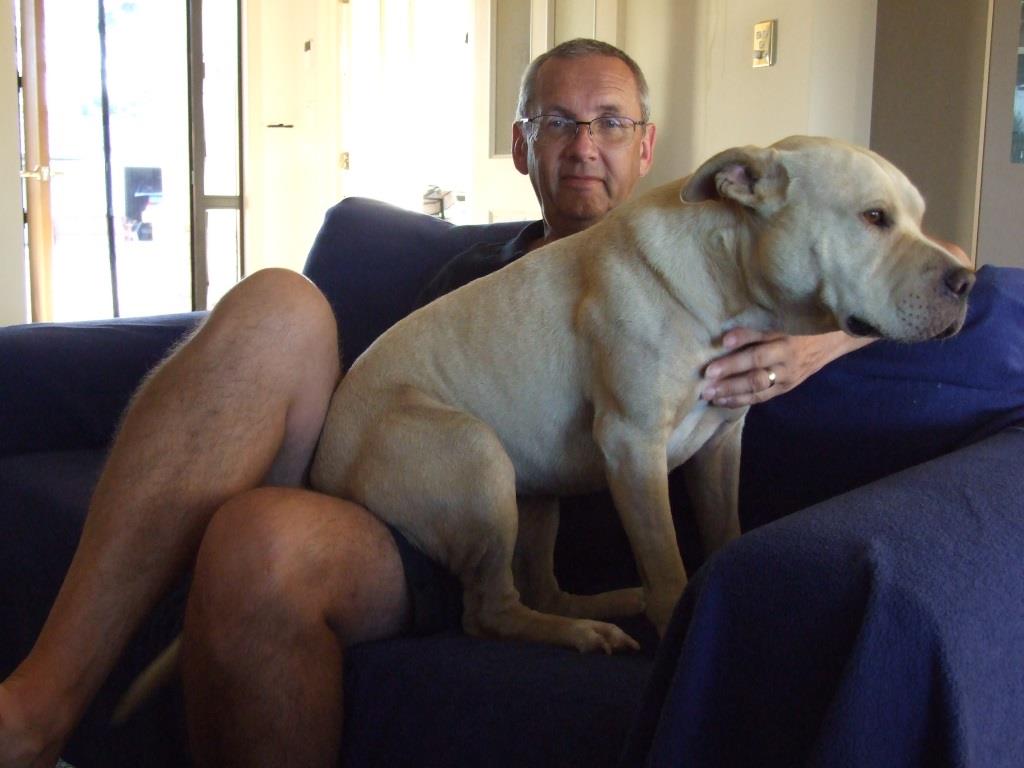 She’s also still trying to find ways of getting  onto the bed, doesn’t matter which one as long as it isn’t hers – one morning Peter found her on the single bed. 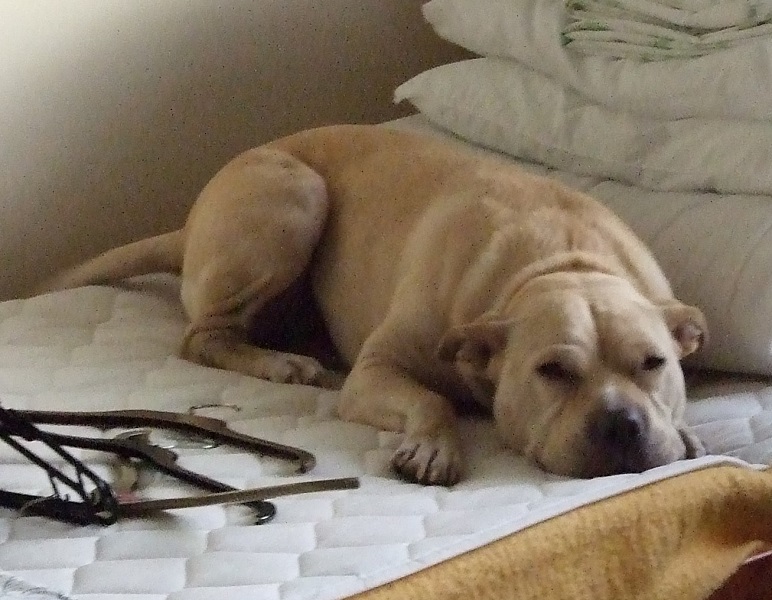 Azaria and Carolien visited and this time Azaria was able to drive right into the house and onto the deck because Peter made her a ramp. She had an awesome time exploring the garden. 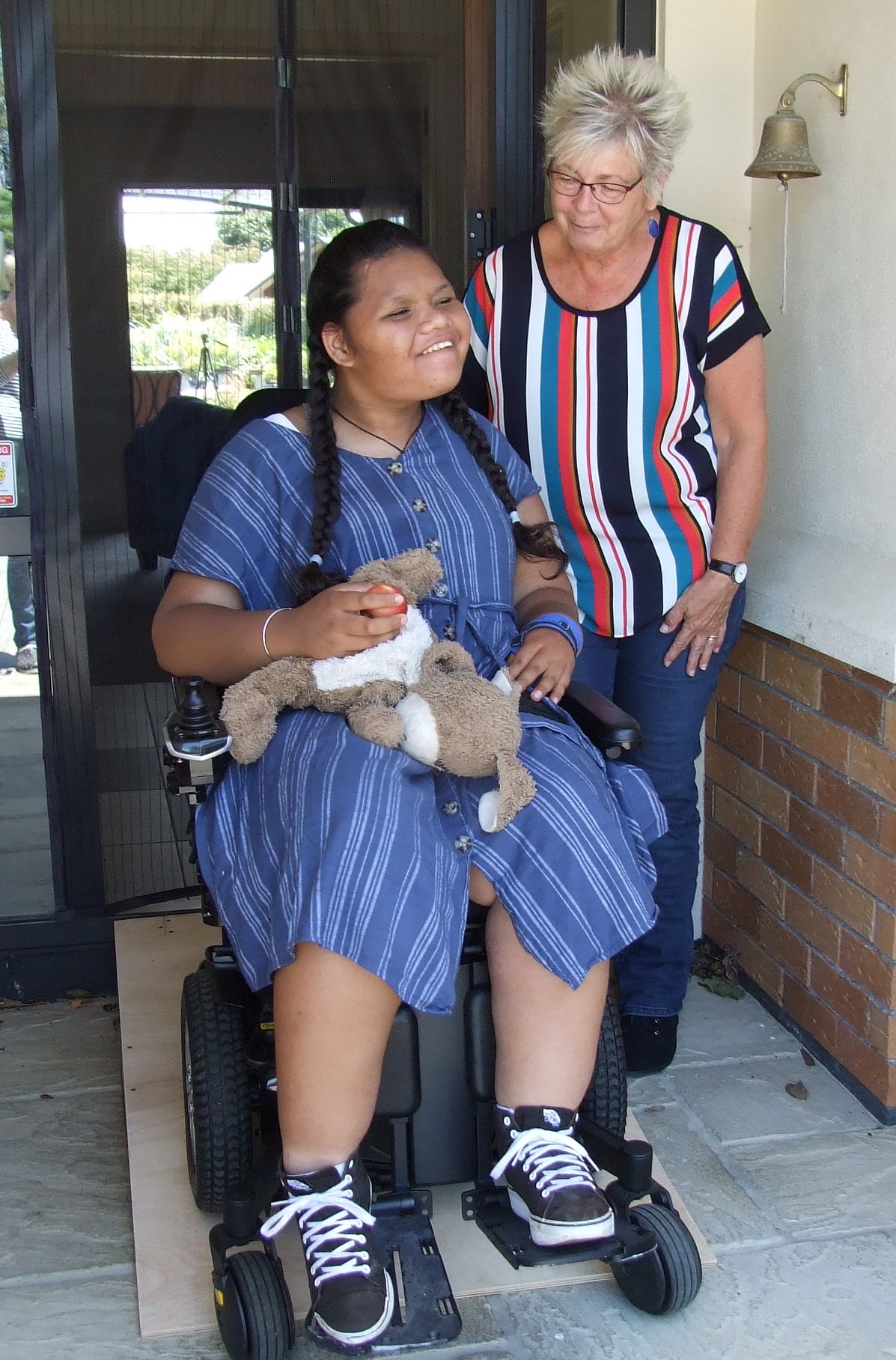 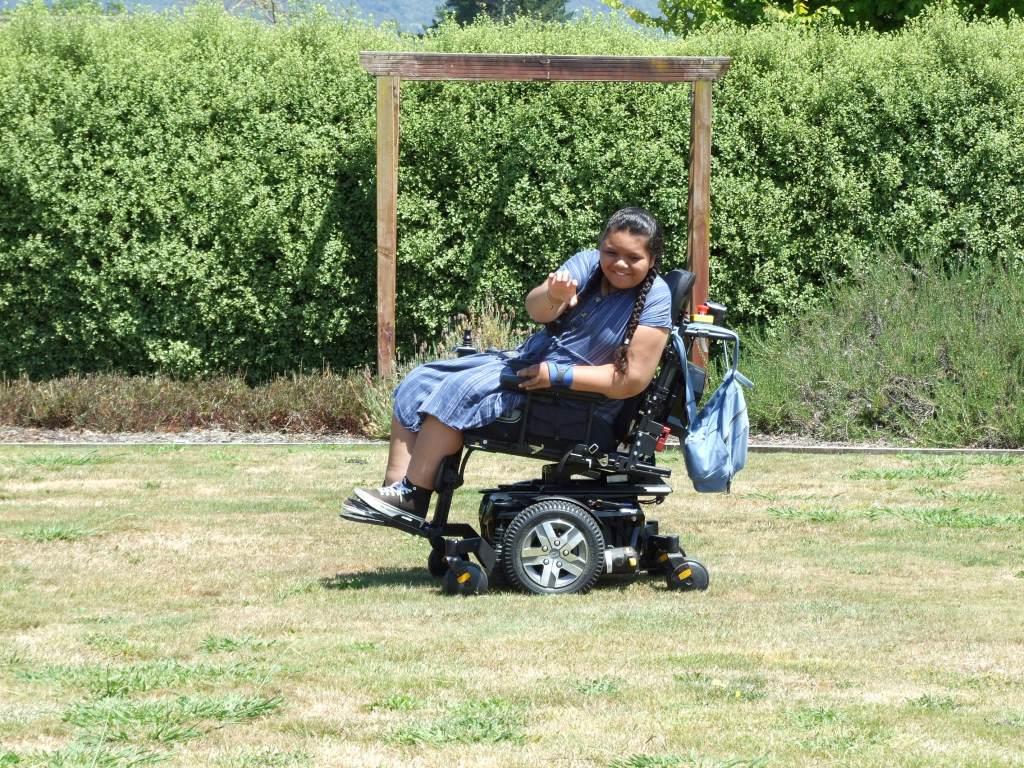 Ann wanted to give Honey another way to cool down so we got the shell pool out and put some water in it. However the only way we could get Honey to go anywhere near it was to put her lunchtime treat in the water. Two paws were all she would put in the water! 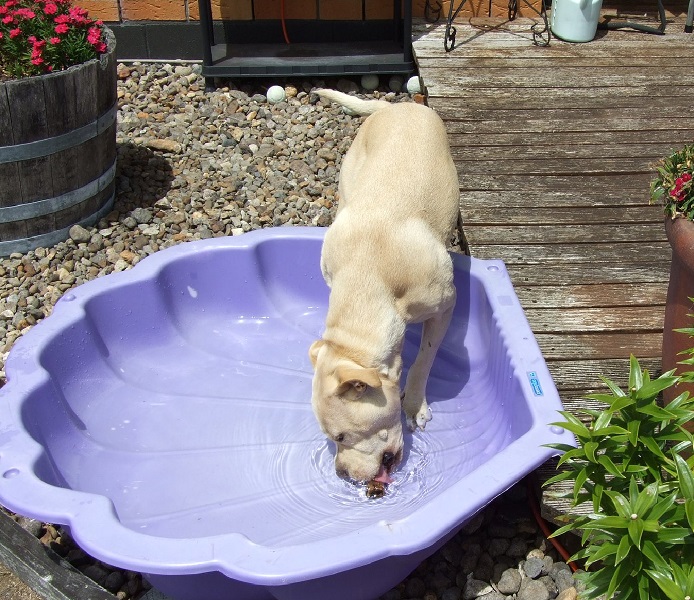 In the last week of January Ann started to go through all the teaching resources she’s acquired over the years. Some of the very old stuff was dumped, the rest was tidied up and taken into school for them to use. 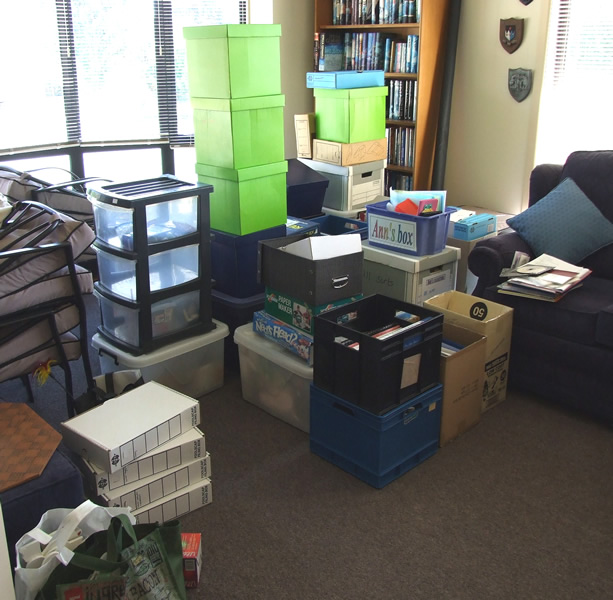 On the 30th we managed to run out of water in our main tank (same time as last year). Luckily we now have the second smaller tank so Peter started transferring some from the reserve. The trouble started when we turned the taps back on. The water pump wouldn’t work. The plumber came round and tested it thinking it had just lost its prime – but the pump would not hold the pressure. We had to have a temporary pump installed whilst the old one is being checked out.