Winter has arrived and although the nights are much cooler the days remain fairly sunny and relatively warm. At the beginning of the month New Zealand had no active cases of Covid-19 and dropped to Level 1 with life looking pretty normal (we do have some Covid-19 cases now but all are from New Zealanders returning home).

Our daily walks are still up around the 7-8km (4½-5 miles) distance – that’s as much as Honey and Ann can comfortably manage. We walked along the river in Cambridge one morning, stopping half way at the Bikery cafe (next to the Velodrome). 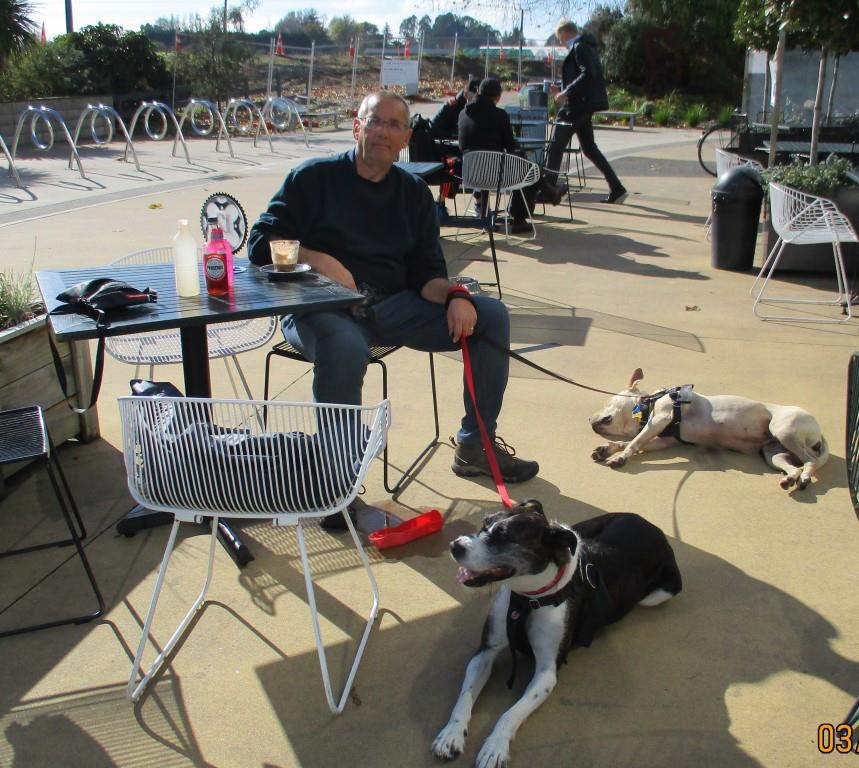 We’ve said good morning to kingfishers on power lines, chickens in Persimmon trees  and watched pukeko’s hop about in trees – we live in a beautiful country. 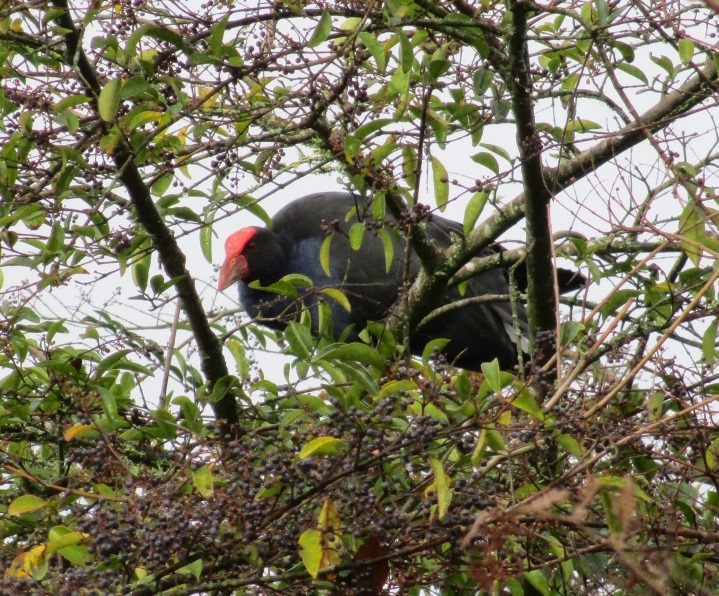 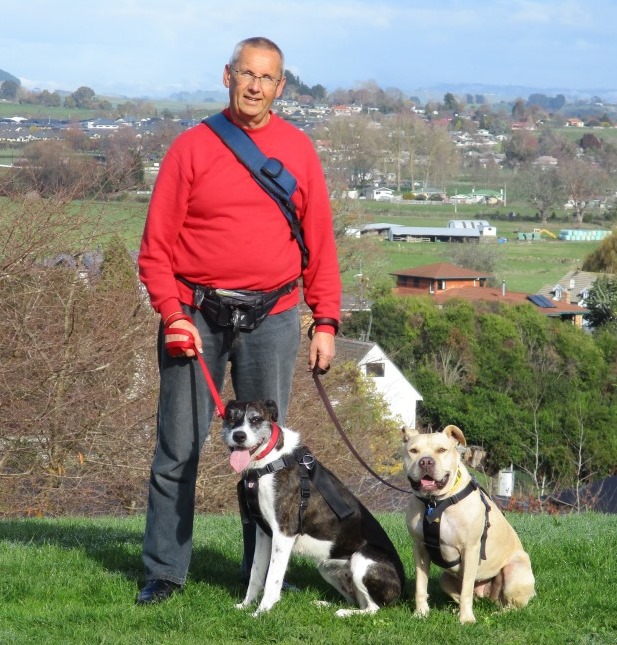 A rare photo with all three looking at the camera and smiling at the same time!

We decided it was time to treat ourselves to some new kitchen knives. Our old set were a wedding present which made them 29 years old. We love the new knives but they’re taking some getting used to. Both of us have managed to cut ourselves repeatedly – just goes to show how blunt the old knives really were!

In the garden we’ve removed the lime tree which didn’t produce very good limes but did have very long, vicious thorns, pruned back several camellias which had grown rather large and removed five others which weren’t flowering. Peter also trimmed the Corokia hedge down the driveway. 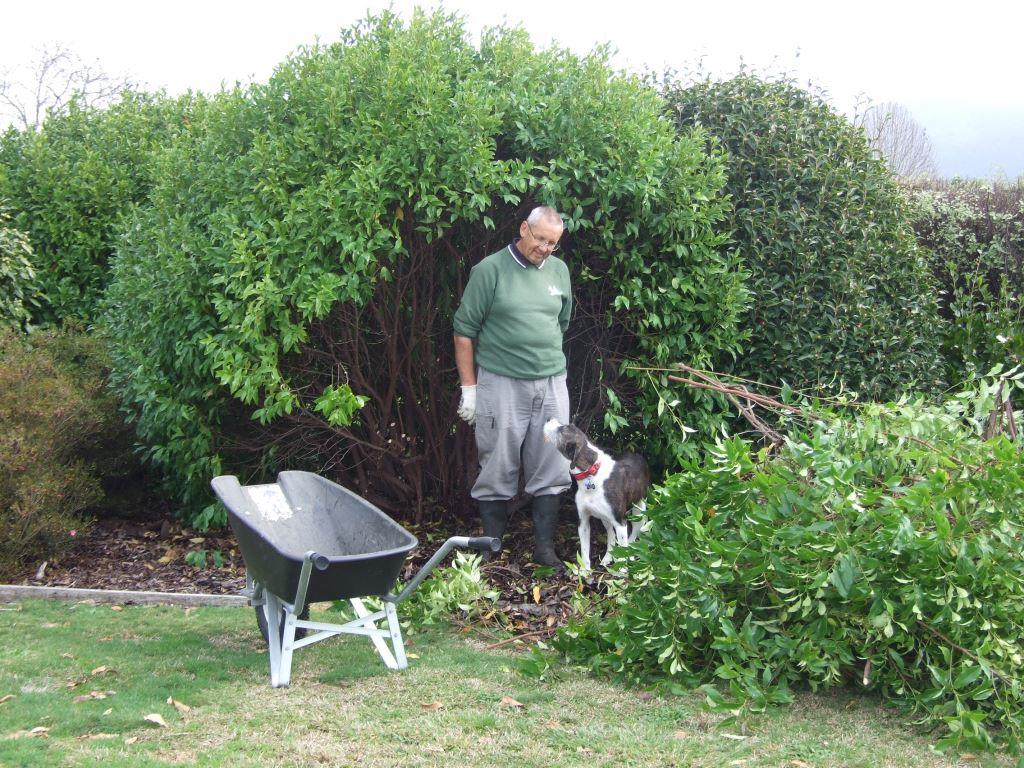 The septic tank pump failed after a single day of heavy rain. It blew half of the fuses around the house which meant there was no water but the oven worked. Luckily an electrician talked Peter through fixing the fuses and a new pump was installed the following day. 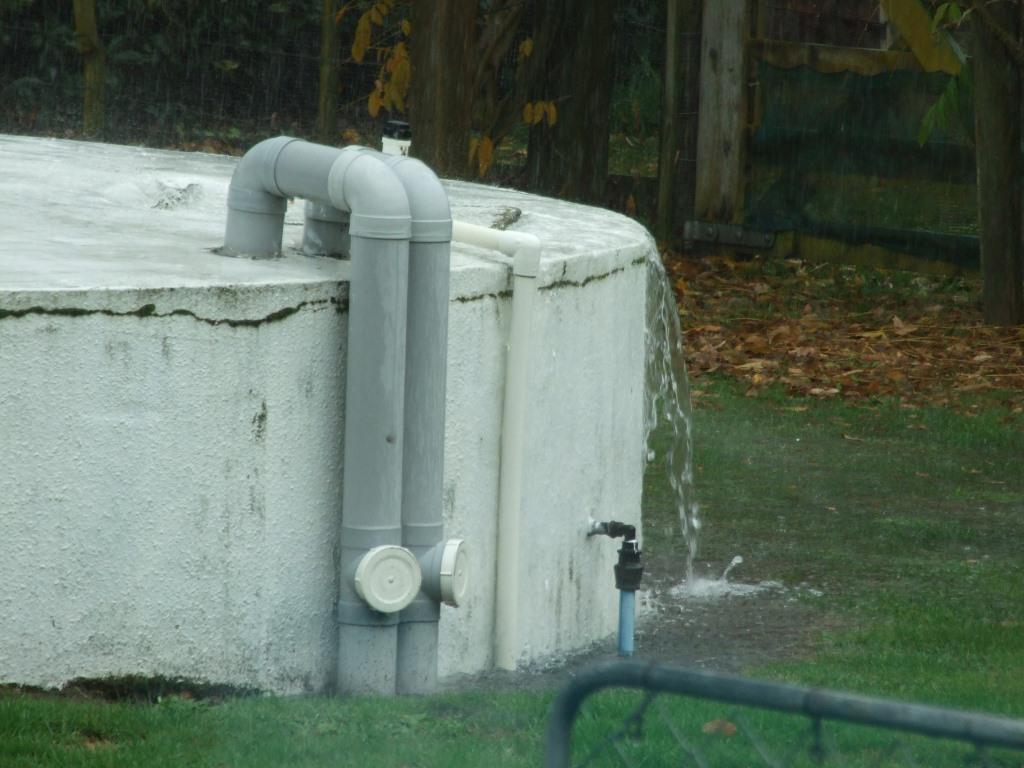 Sox is settling really well. Unfortunately this means some of her anxieties/issues are coming out. She is super stimulated by car rides – twists around in her harness and barks constantly (very hard on the ears). Ann is having to sit on the back seat with Sox just to keep her calm enough to drive to the vets (a long 12 minute drive).

One of the ways we’re trying to alleviate Sox’s anxiety is by more socialisation with other dogs. Both girls have started weekly doggy day care and they love it. Of course, Sox was on her best behaviour for the first week – what anxiety/stress? However the second weekly visit was altogether different. We had a message to “Please come to the office on arrival to discuss Sox’s behaviour”. Unfortunately she’d been extremely bossy and demanding with the other dogs and spent much of the day in time out.  The kennels have offered to do some training with her, and we’ll do the same at home. Fingers crossed she learns. 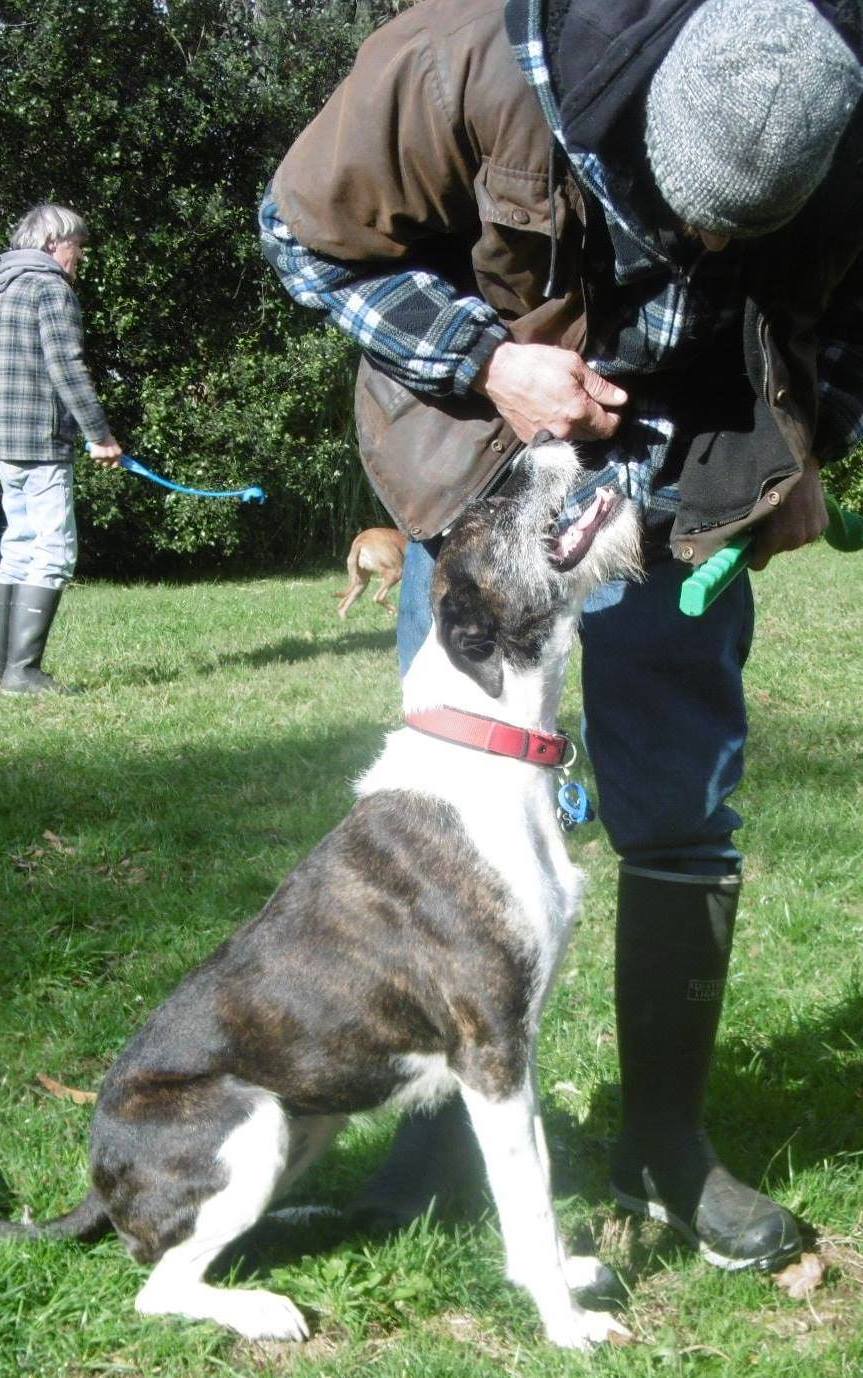 Honey, of course, was the perfect girl and behaved completely. 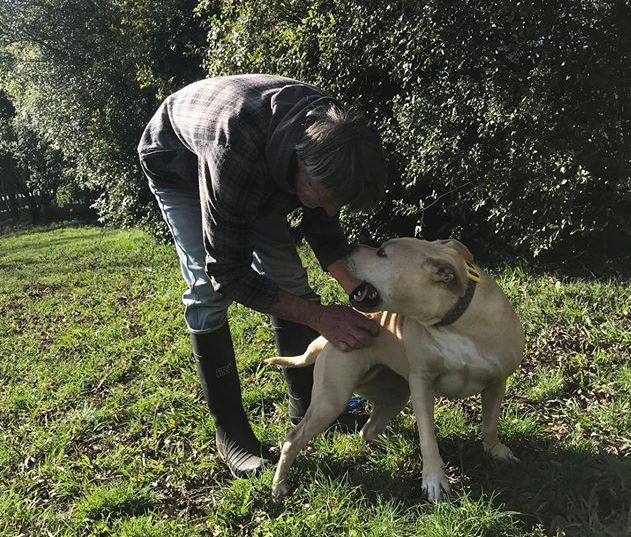 At home she’s so relaxed! 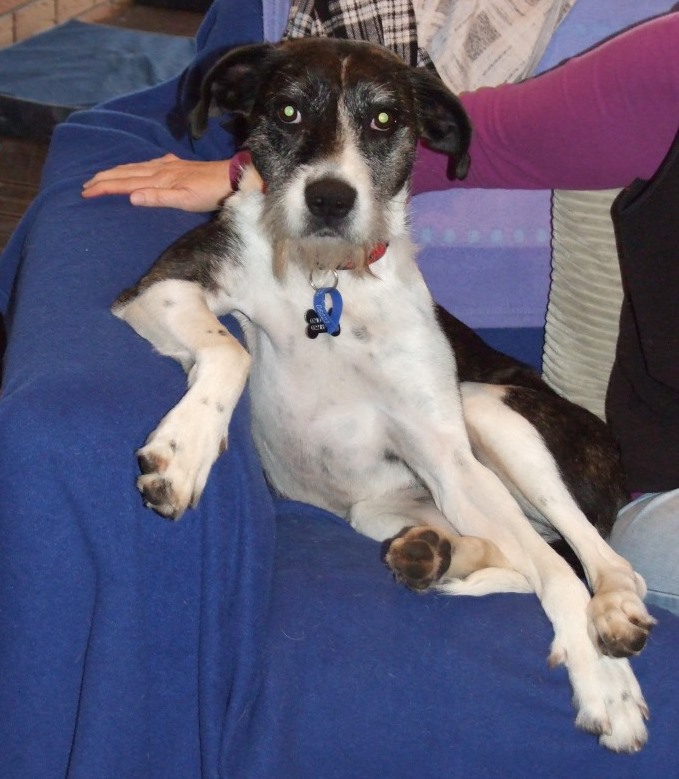 Sox also seems to have decided she wants to pull Peter’s arms out of his sockets! During our walks she has started pulling strongly on the lead, leaping like a kangaroo or taking off from sitting to Warp 5 in 1/4 of a second.

Honey still likes to be in charge and lead the way, and if Ann won’t let her investigate interesting smells then she will protest strongly by lying down in the middle of the road – and sod any traffic! 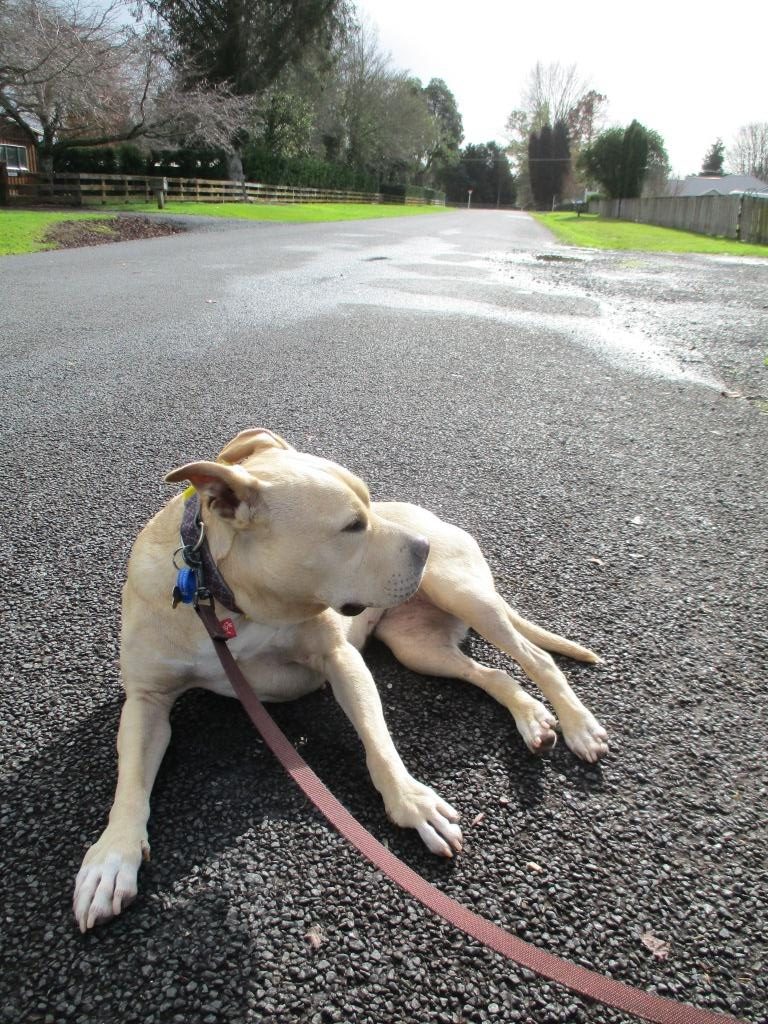 We had a few of the neighbours – Rob, Tom and Bev – around for a meal. Peter cooked one of his delicious curries and we had lots of laughs. 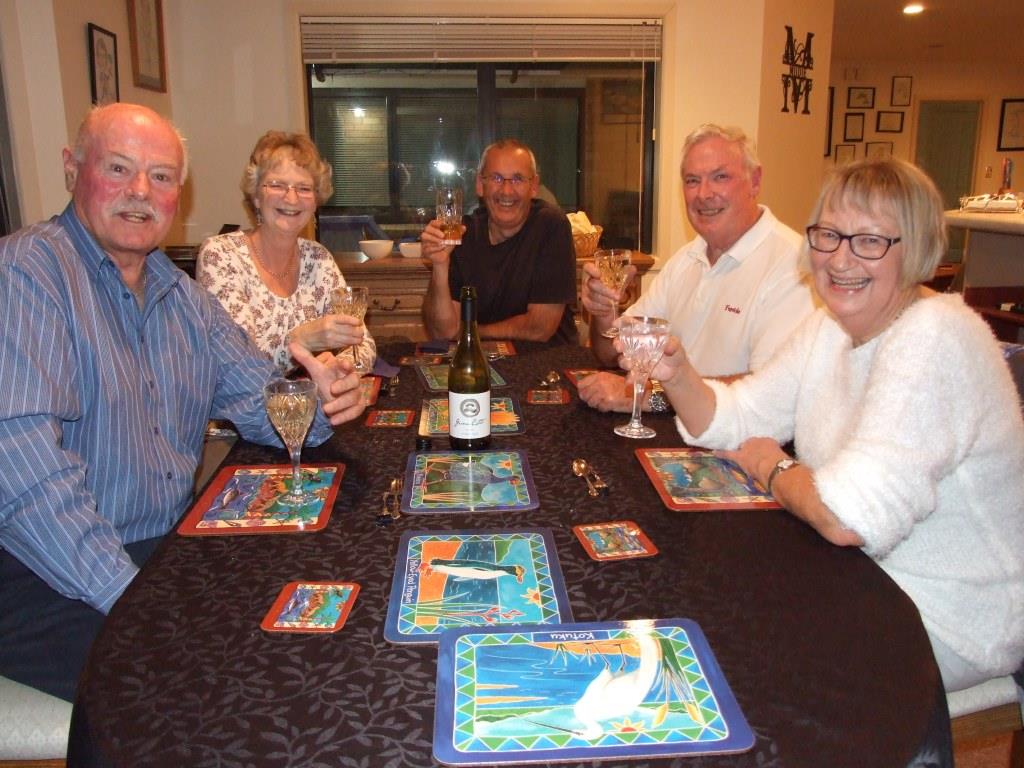 We’ve had a lot of rain over the last few days of this month. The girls  got very muddy (and they only had a bath a couple of days ago). 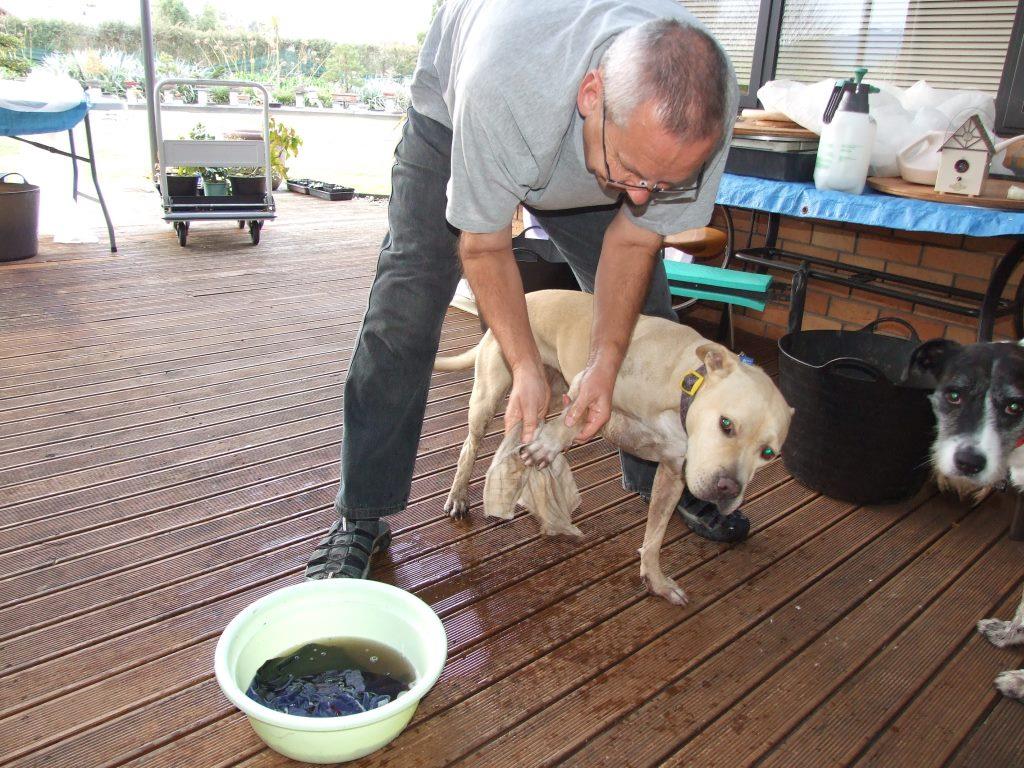