Peter had an interview with an IT recruitment firm on the 1st – they put his details through to three of the largest employers in the Waikato who have ongoing IT projects – and one company gave Peter an interview a couple of days later but nothing came of it.

We are so glad we had the second water tank installed (10,000 litres). The summer has been hotter and drier than we imagined and by the 5th February our large 25,000 litre tank was empty!  Peter managed to order a tanker of water but they couldn’t deliver for a further 4 days so we had to raid the outflow from the water treatment system to water the bonsai and decant the water from our new tank into the big one so we could have a shower. Watering the bonsai involved 25 watering cans full per day, we managed two days worth from the water treatment tank and two more from what was left in the spare tank before we got our delivery of 14,000 litres. 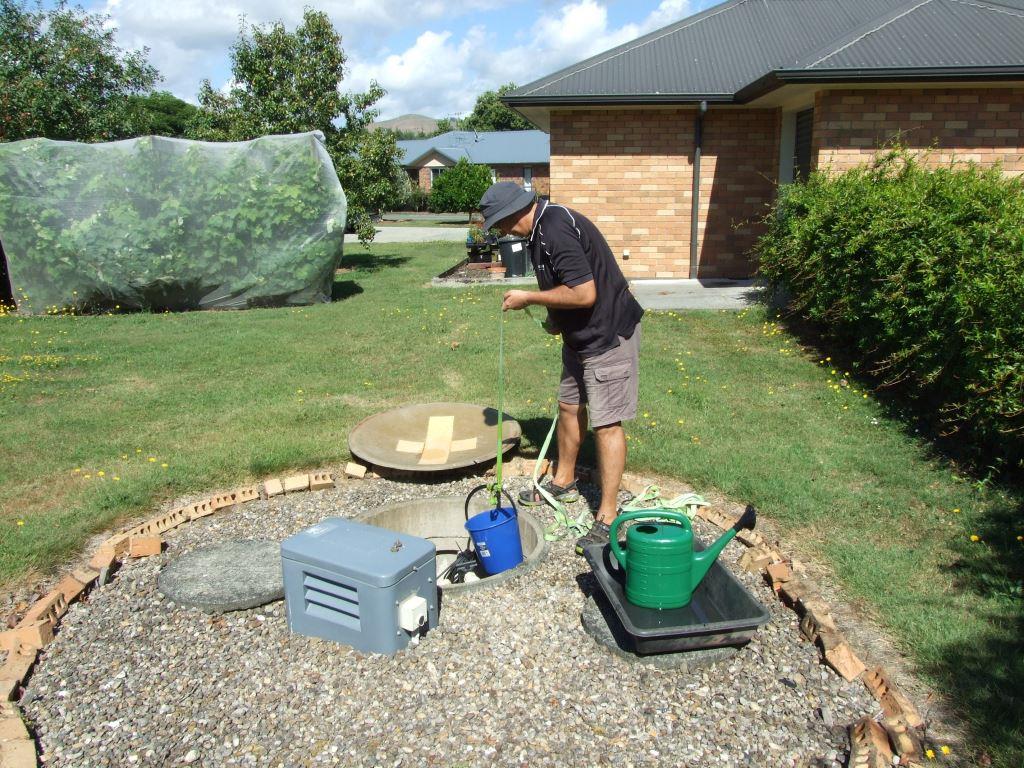 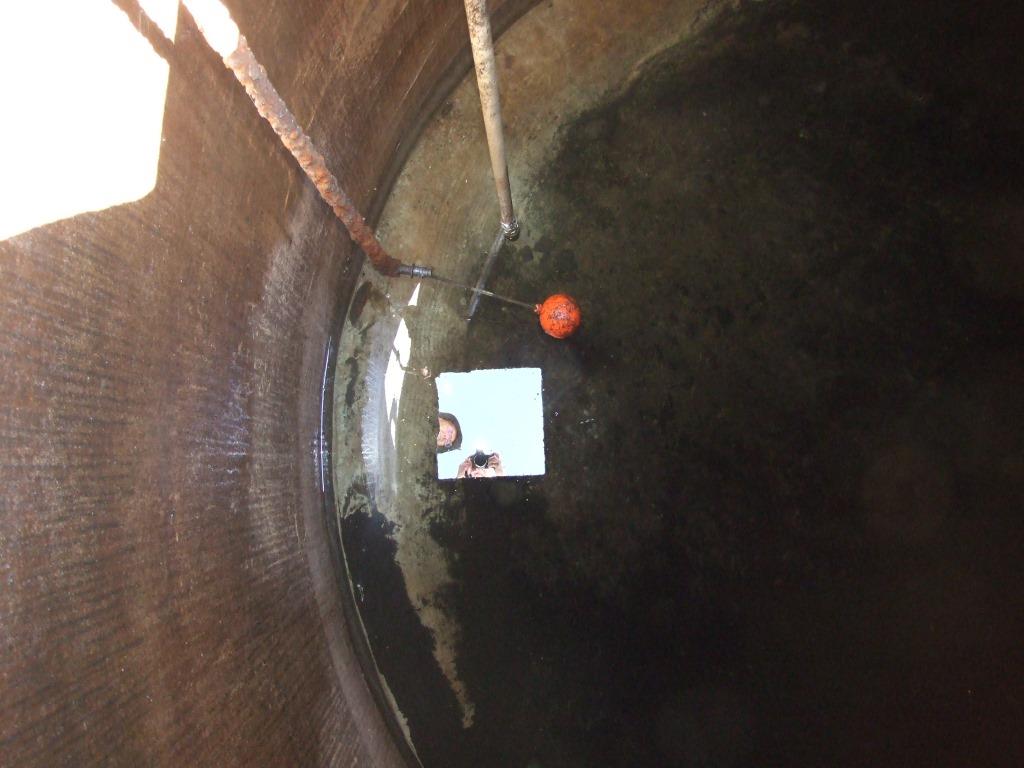 You can see our reflections in the bottom of the large 25,000 litre tank. There was maybe 30cms of water left.

We spent Waitangi afternoon on a coach tour organised by the local Waipa council. The bus took everyone around the Waipa area visiting some local historically important sites. We learned lots more about the local Maori wars from the 1850’s and 60’s.

Ann’s back in school and has an electronic countdown timer to let her (and everyone else) know how many more days before retirement.

Our bonsai are doing well and are coping with the heat and humidity. We’re busy trying to decide which trees to begin preparing for the national show and convention which Peter is in charge of organising with other club members for October this year.

Whilst watering the trees one morning, Peter came across this 15cm long stick insect on one of his pines. He carefully moved it back to the berberis hedge before watering the bonsai. 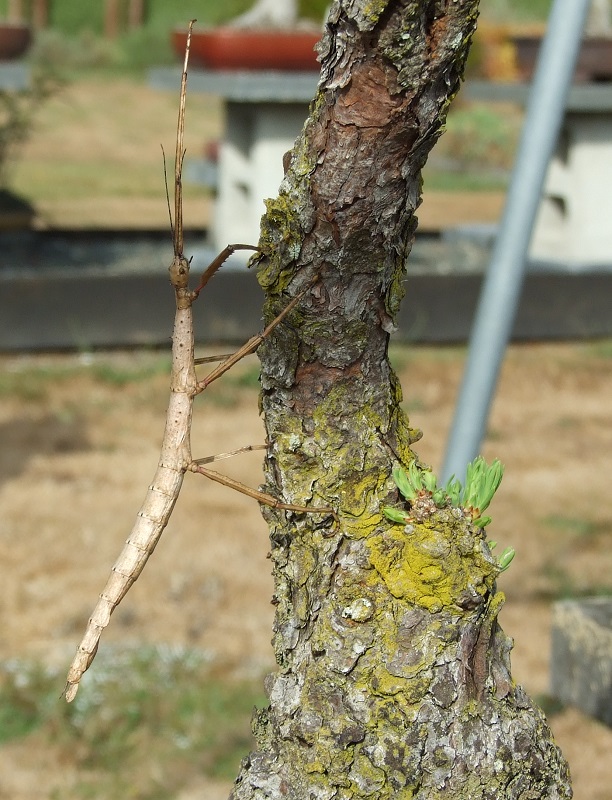 Towards the end of the month we had a couple of UK visitors. Ann and Pete Lopeman (best first names ever!) had been campervanning around both Islands  popped in for a couple of nights towards the end of their stay in NZ. We took them down to the Kiwi House in Otorohanga as they hadn’t seen a Kiwi and then out to Raglan for a walk on the beach. Unfortunately the time they were here heralded the first days of rain in almost two months! Ann still managed to get a quick paddle in the sea at Raglan. 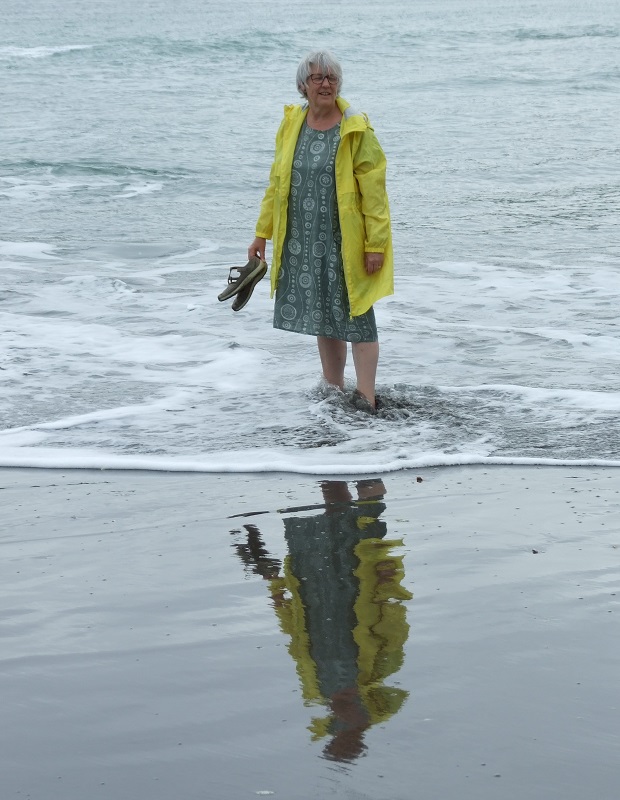 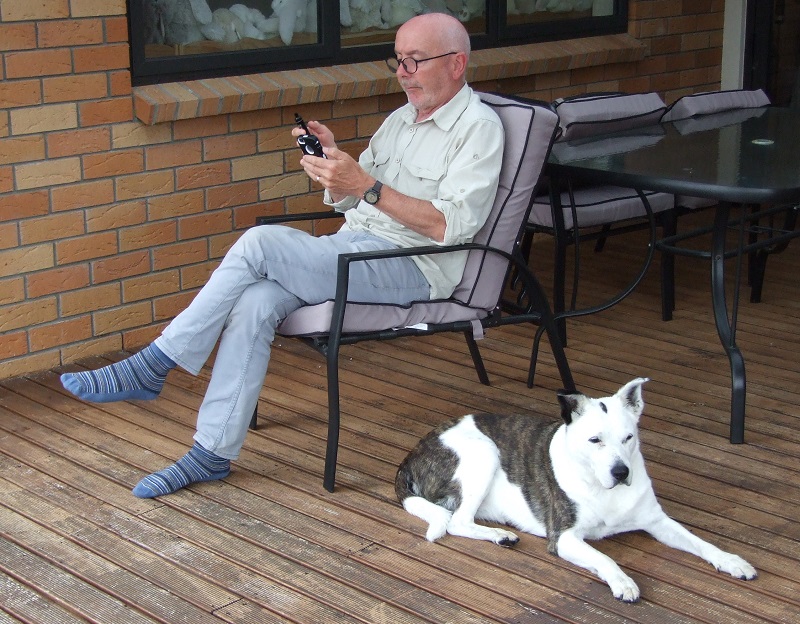 but Honey just stayed on her sofa.

We tried for a group photo before Ann and Pete left. About twenty tries later we finally managed to get a photo with Honey in the picture! We think the beeping on the cameras’ self timer scares her. 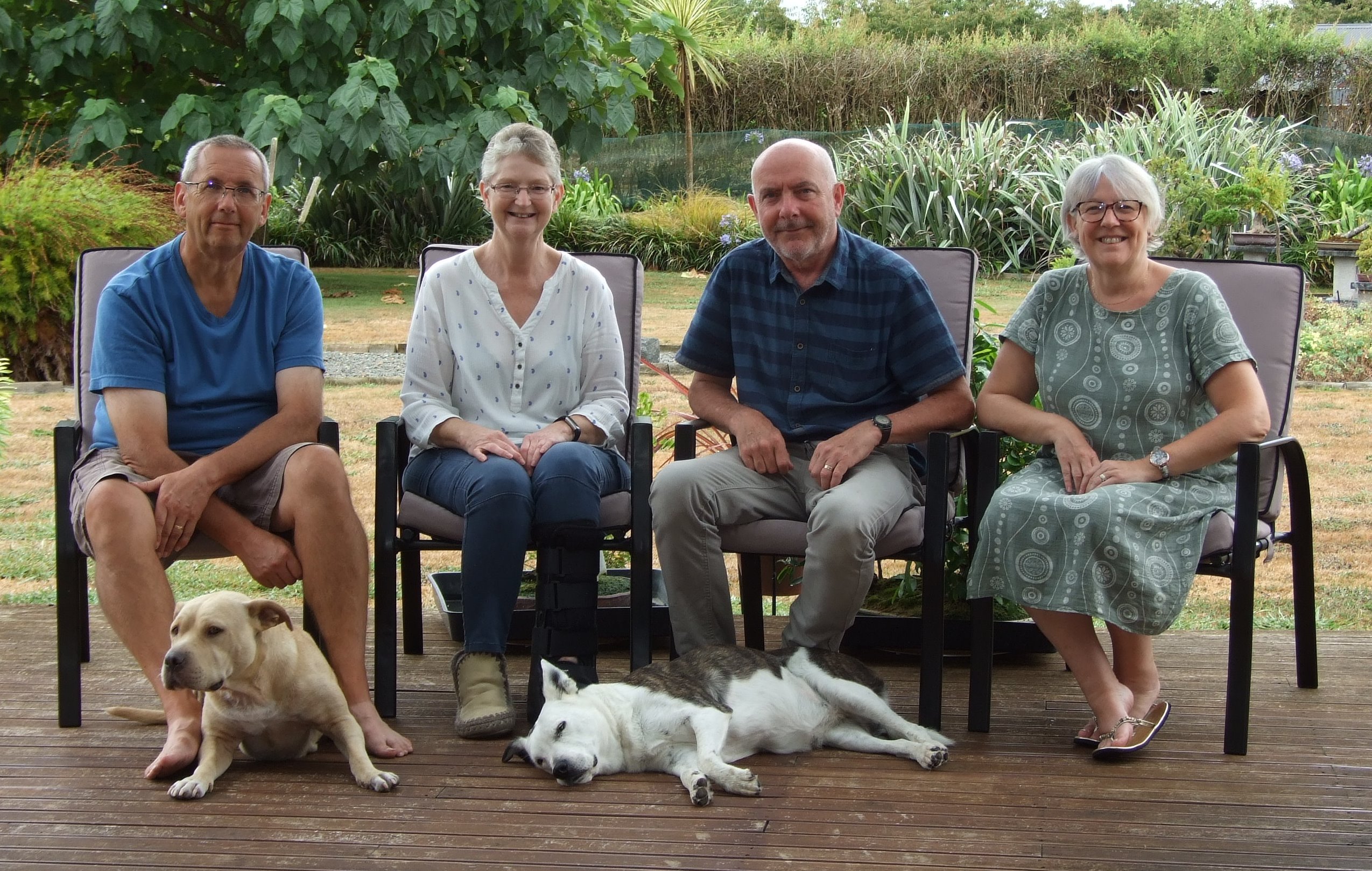 On the last day of the month Peter had an interview for an IT job in Hamilton at 10am and by 2pm they had phoned to offer him the job. He starts next week. Then, at 3pm (same day) he got a second phone call – for another job interview. Just like the bus service – nothing for ages then two come along at the same time.