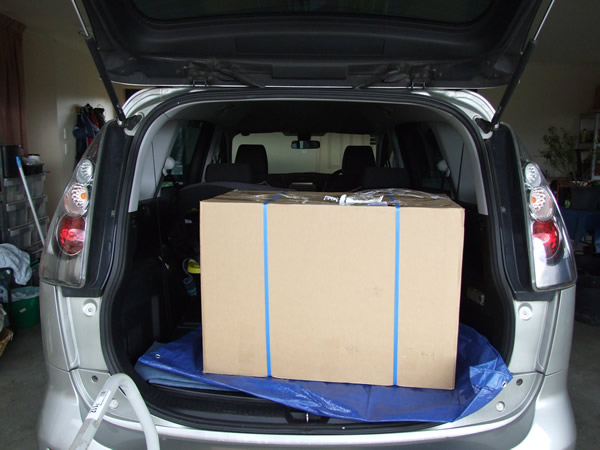 A lot of bonsai this month, 140 one year old trees were delivered from a nursery on the South Island for either planting in the ground or potting up – but not all of them were for us – about 60 went to other bonsai enthusiasts.

We had our usual monthly bonsai meeting which was led by Ann and was all about keeping good records – photographic and written – on all bonsai so you could see progression and development. Guess who had the worst records – yes – Ann. How embarrassing! 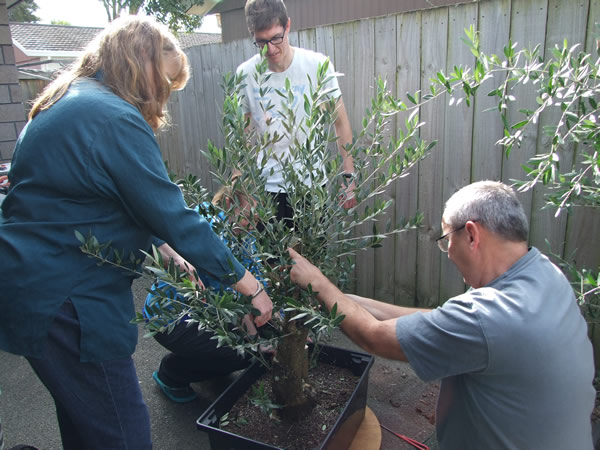 We also spent time, along with Sandra, helping Helen and Aaron with design and style ideas for some large olives they’d dug up last September. 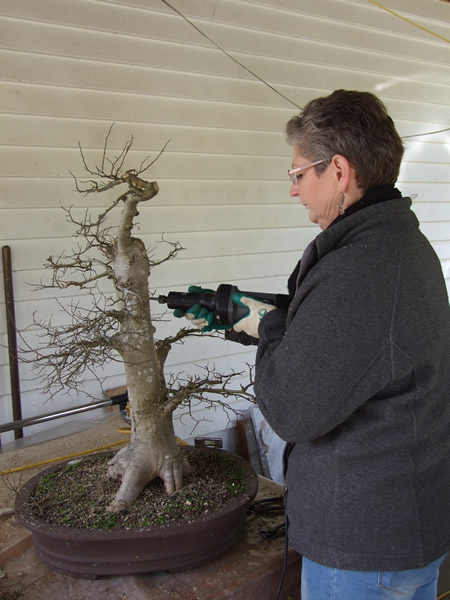 Finally we had a trip to Tauranga for a demo / workshop at Adriaan and Poppies place.

Ann took over her big celtis for some advice, and soon got stuck in with the power tools.

Peter was late home one Friday as he had a works outing with the Hamilton branch staff to Blastacars – drift go-karts. It made up for Ann coming home late one Wednesday after going out for a meal with all her colleagues from the Patave unit at Cambridge. 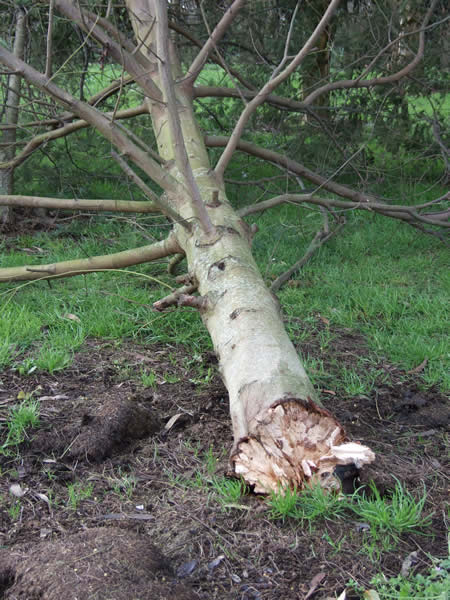 The night of the 26th / 27th saw another storm with Honey hiding in the study on and off all evening. We woke to 8 of our bonsai blown off their staging – fortunately there were no broken pots. However one of the trees in the paddock which we’re growing for firewood fell down. Peter will need to get out his chainsaw and chop that one up. 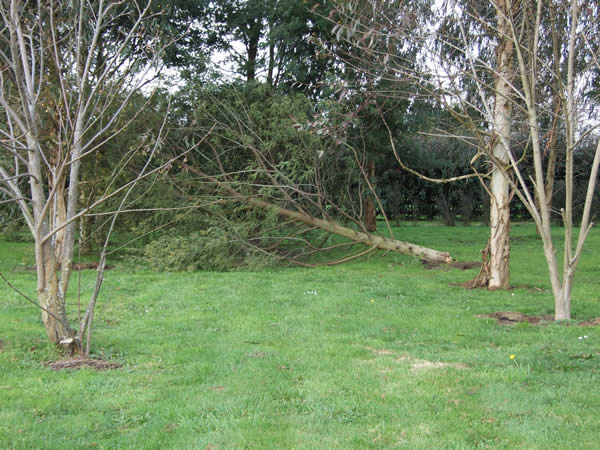 Peter’s continued to cut the hedges when the weather permitted. 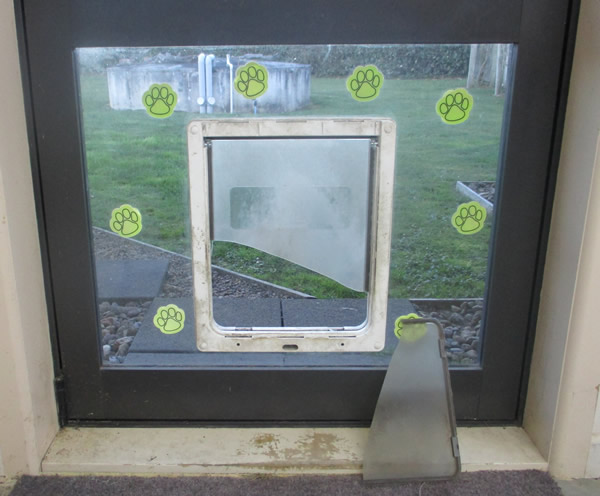 Honey appears to have two speeds, 100mph and slug. When getting off the sofa she really drags it out, slithering off one leg at a time but the rest of the time she’s flat out. Unfortunately the doggie door in the garage finally gave in to the battering she gives it. 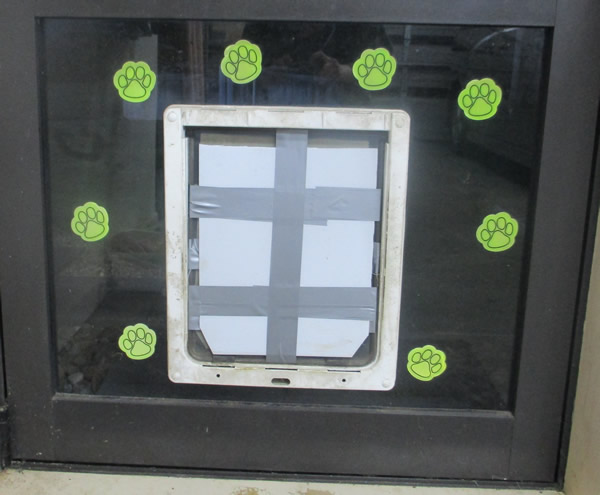 It took Peter nearly half an hour to find some core flute and tape to reinforce it in the hope it will last a bit longer. 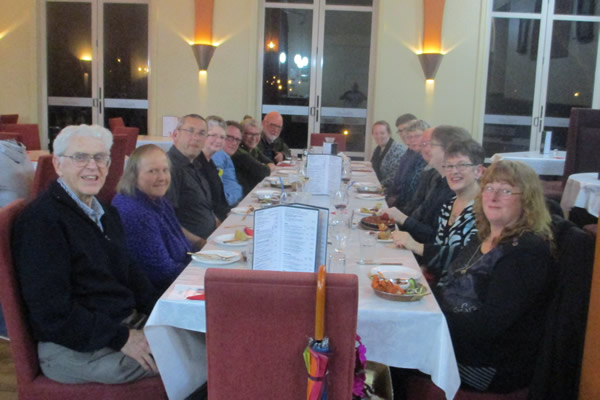 We went out for two meals for our anniversary, the first one to our favourite Italian restaurant with Jean and Tim who had just celebrated their 40th anniversary.  That was followed the following weekend by a meal at Indian Star in Hamilton where Peter managed to surprise Ann as he had arranged for a group of friends from the bonsai club to join us without her knowing. 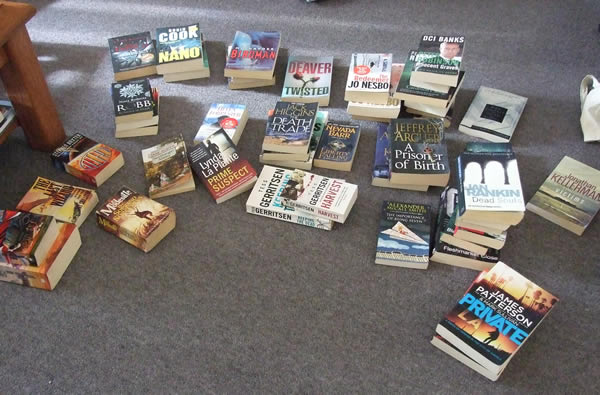 Another great haul of books from the Red Cross book fair – this time we managed 48 – only 5 of them were for Peter. 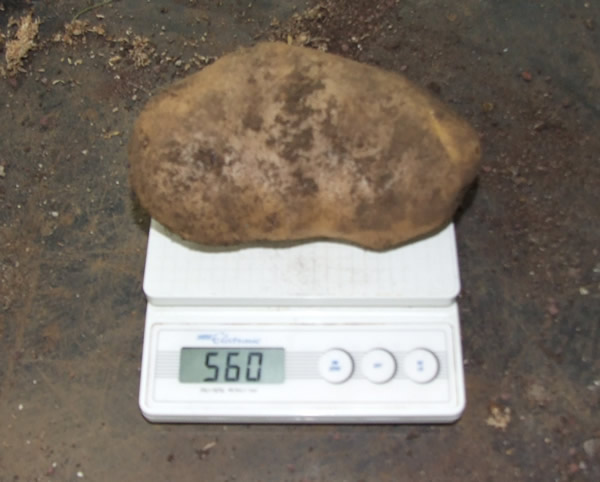 We dug up the last of our Agria spuds from the raised beds – this one weighed in at over 1/2 kg or 1 lb 4ozs (almost). We also picked our largest crop of Kiwifruit – 14. 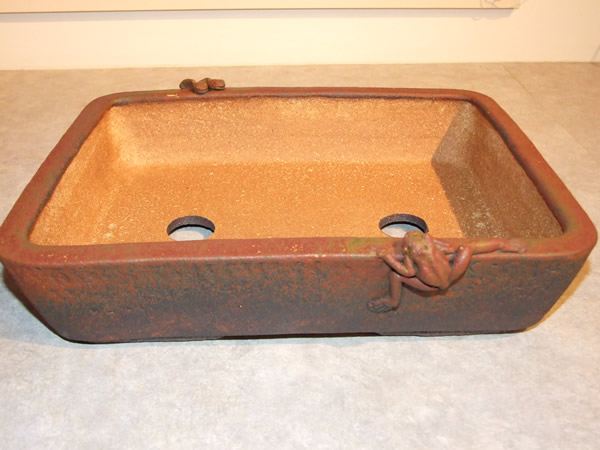 Remember the large parcel delivered last month? The one that Peter said didn’t exist?  Ann finally found out what was in it – a Dan Barton creature pot with a frog and two tadpoles.  Now Ann has to find a suitably awesome bonsai to complement it. 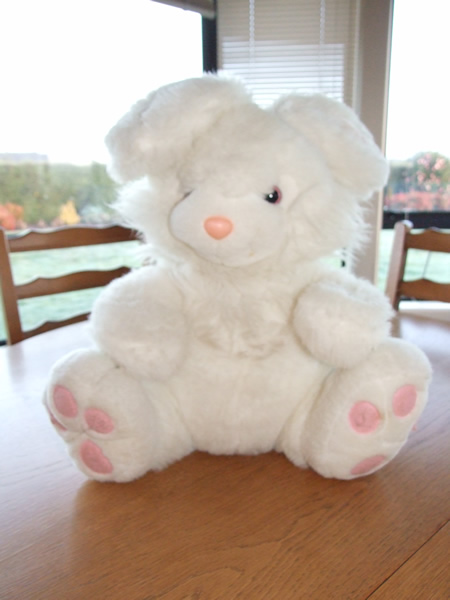 Meet Ann’s latest rabbit – Hiriwa (which is Maori for Silver). 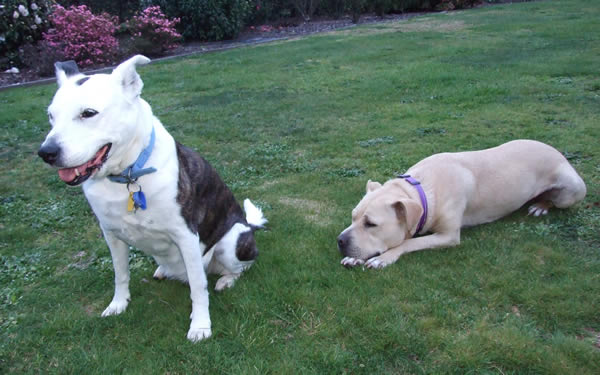 The girls are both fine. Enjoying the warm winter, with daily walks around the village, lots of treats and masses of pampering! 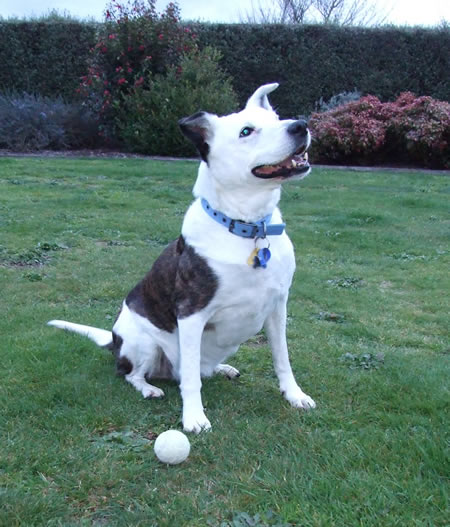 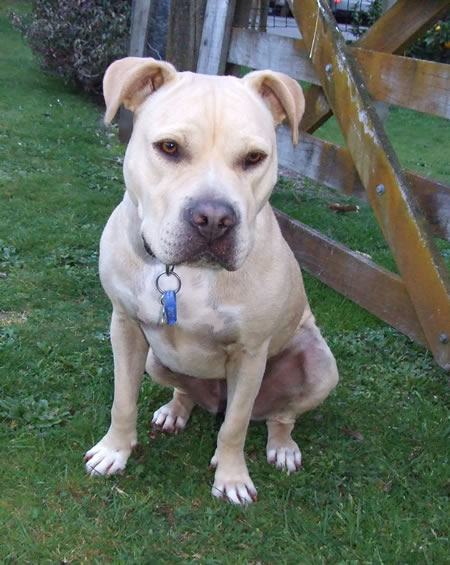 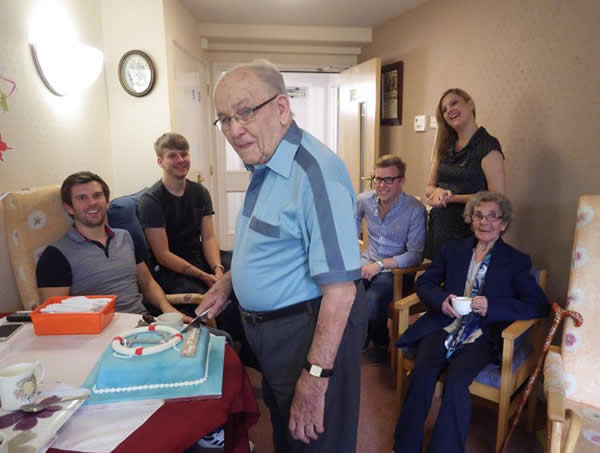 Peter’s dad had a surprise early birthday party to celebrate his 90th birthday. 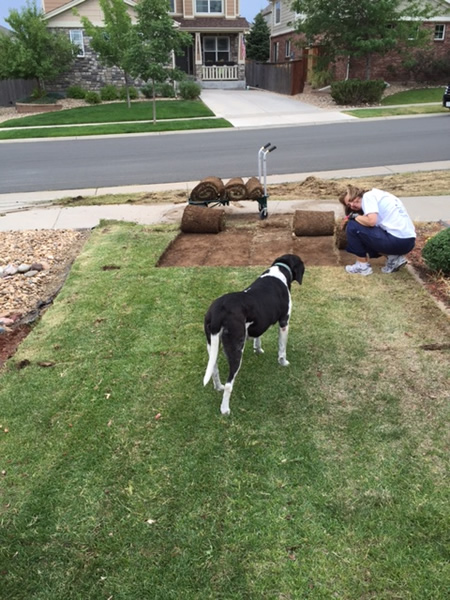 John & Allison are redesigning their lawn area with lots of supervision and advice from Jojo.