July began with a big frost covering most of the country. It’s very unusual to have frost here in the Waikato.

The girls weren’t sure about walking on the frosty grass and they weren’t impressed when we gave them some ice from the tops of the bins to play with. 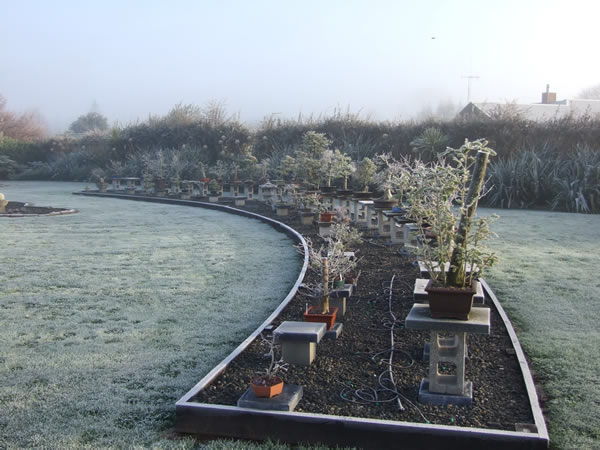 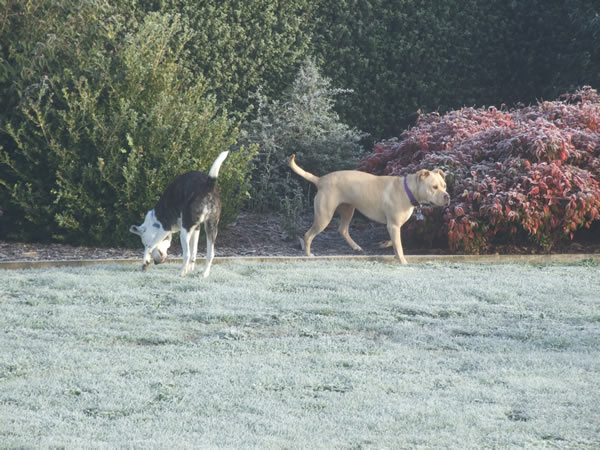 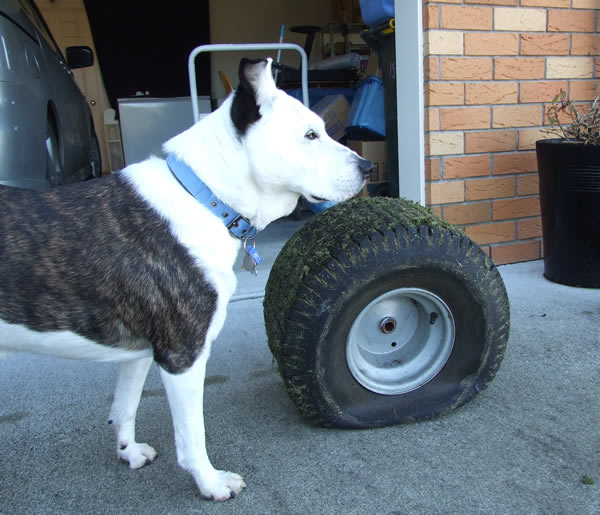 Within the first couple of days of the month Ann managed to blow up a tyre on the mower and cut through the wire of the dog containment fence (not the electric one thank goodness).  Peter then demanded that she keep away from him, the dogs and his Ute!

The electric fence we borrowed seems to have worked as Honey won’t go near that part of the fence anymore. Now we just have to teach her not to jump any of our other fences or hedges. 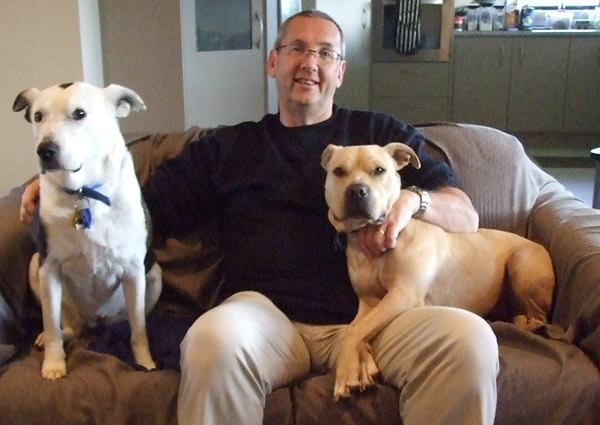 Peter celebrated his fifty something birthday with a new watch from Ann. His old one (a wedding present from Ann) had just stopped working. 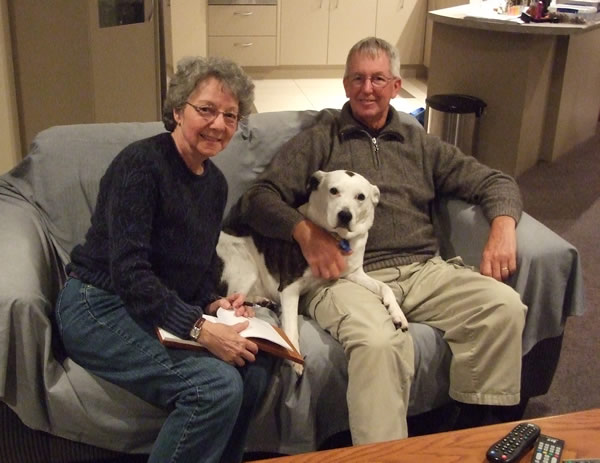 We had an interesting bonsai meeting with Pauline Muth, an American bonsai artist, and friends they were traveling with, Patty and Ray, home stayed with us for one night. 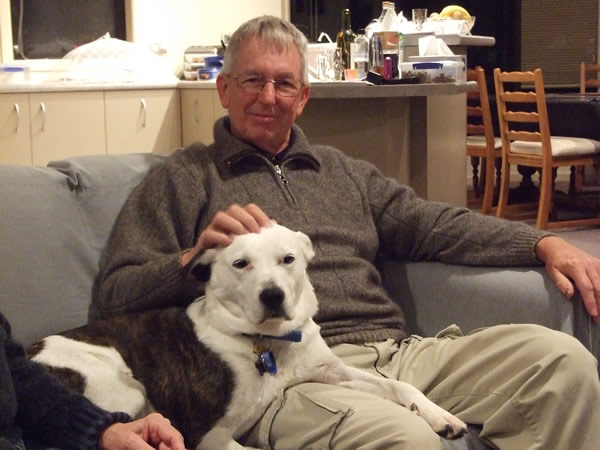 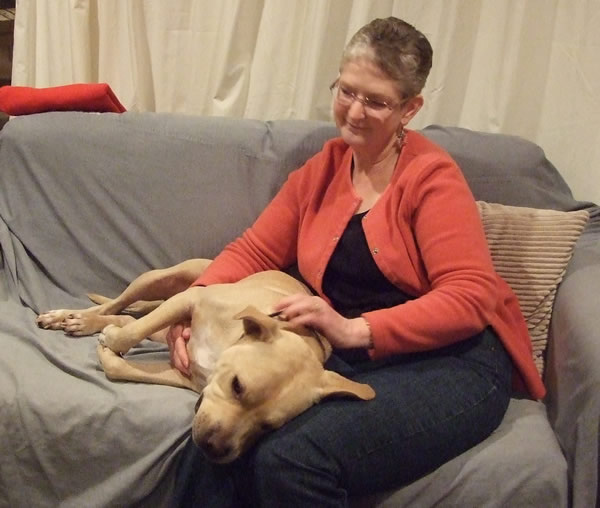 Whilst Honey decided Ann was her best bet for some fussing…. 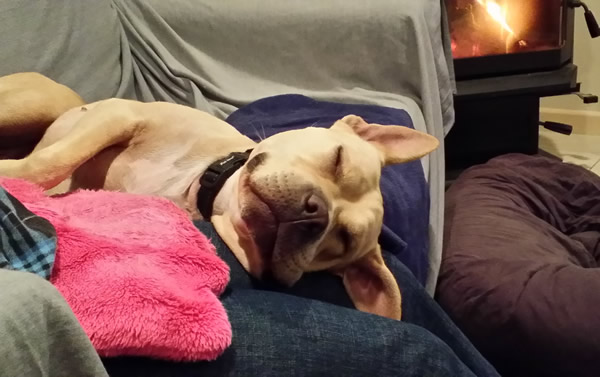 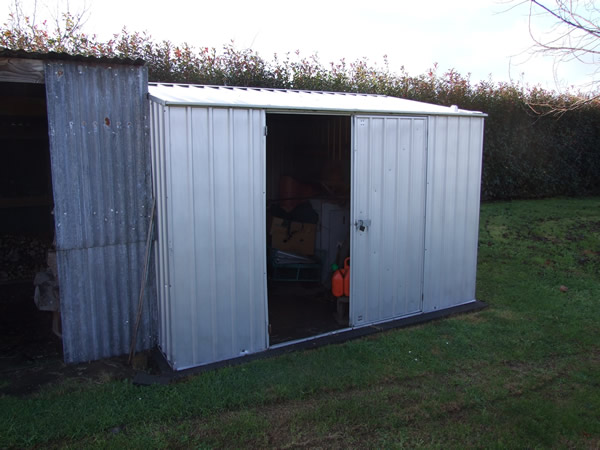 We’ve has strong winds and lightning storms four times this month, with one gust blowing the shed door off its hinges. 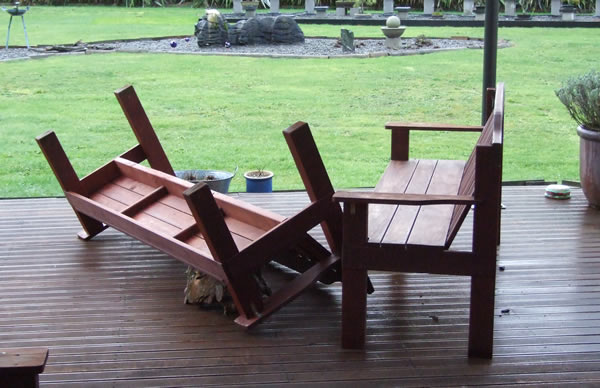 One of the benches on the deck has blown over four times during the storms. 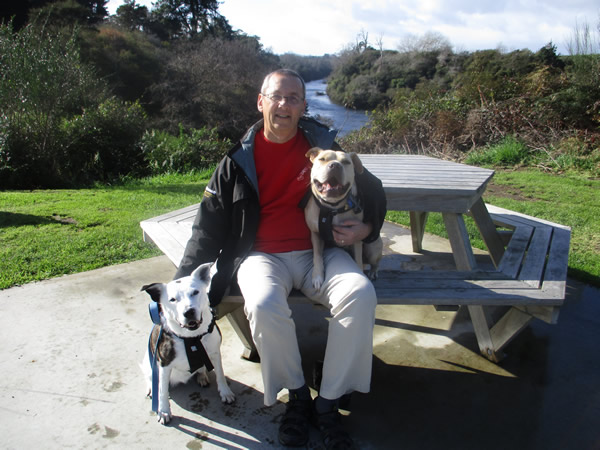 We went over to Ann’s classroom during the holiday for Peter to put black plastic on some high windows to cut down the glare when the students are using the SmartBoard.

Whilst in Cambridge we took the girls along part of the Te Awa Cambridge River Trail. The trail is just over 3kms long and we managed about two thirds before turning back – about 4kms altogether – the longest Ann’s walked in a few years – yay for bionic hips! 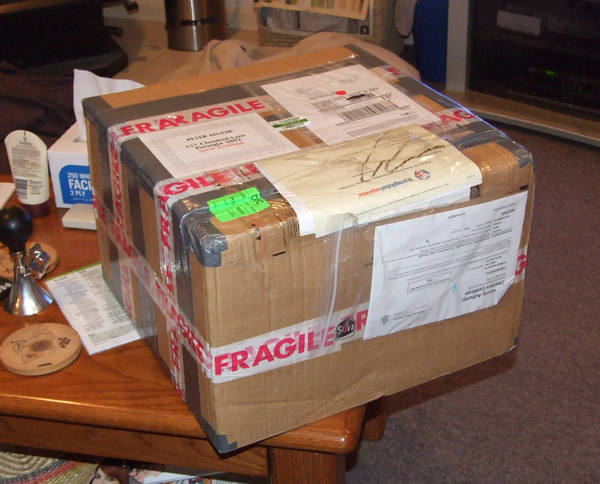 This rather large parcel arrived one day whilst Peter was at work. Ann emailed Peter to let him know. His reply – it’s not there, you cannot see that parcel, it does not exist!  Hmm – as it’s our wedding anniversary at the end of next month maybe the parcel will suddenly come into existence then? 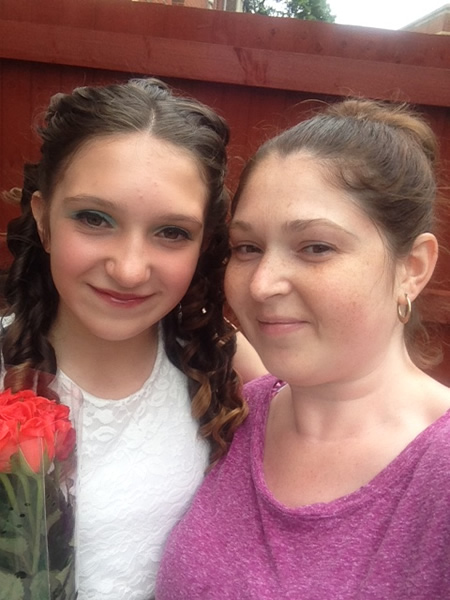 Ann’s beautiful great-niece celebrated the end of her primary school days with a leavers ball.