Well! The month began with Ann getting locked in the loo at school. The caretaker had taken the door handles off the toilet door but left the gubbins inside the door so when she shut it she had no way to open it again. it took half an hour to get her free and she had no support from other staff who were too busy laughing their flippin’ heads off and shouting rude comments through the locked door at her! 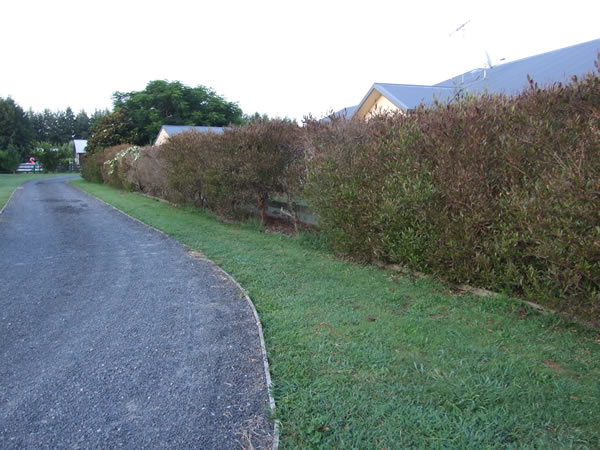 We had the flax and ake ake hedge removed as they were dying or becoming really messy and unmanageable. Of course both girls loved all the upturned soil and repeatedly rolled over in it. The grass looks a mess but will soon recover. 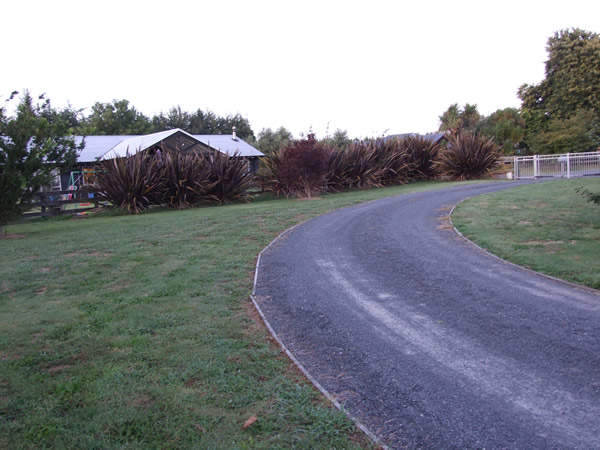 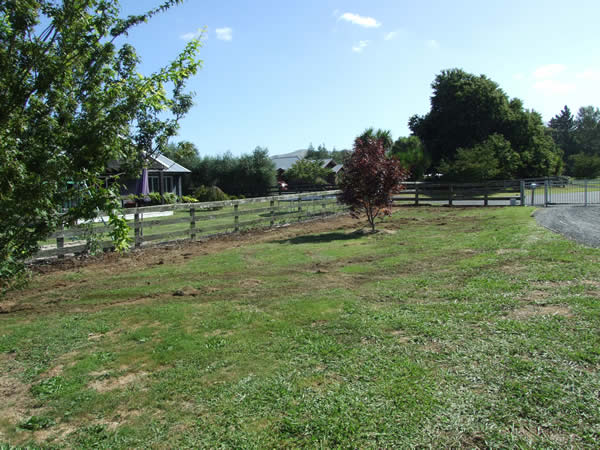 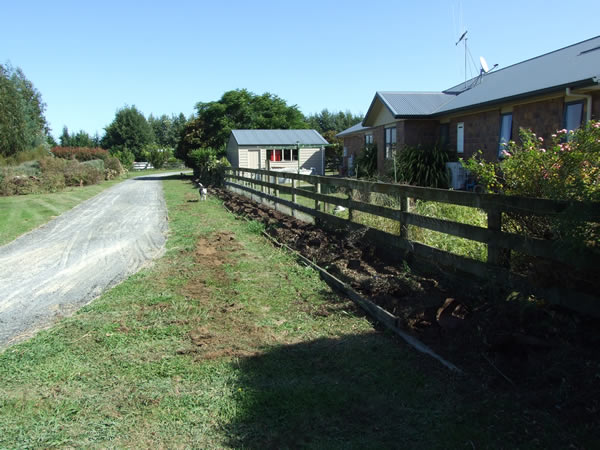 Peter had to rake the driveway because the digger managed to spread the gravel everywhere. He did the whole 80m driveway in about half an hour. Last time Ann did it – it took over an hour to do half that! The driveway looked great – for a whole day then Honey did her usual mad dog race up and down it – result – gravel everywhere (again).

The Easter weekend saw us tidying up the side of the driveway, chipping the branches from the ake ake and storing the trunks behind the garage ready for cutting up into firewood. 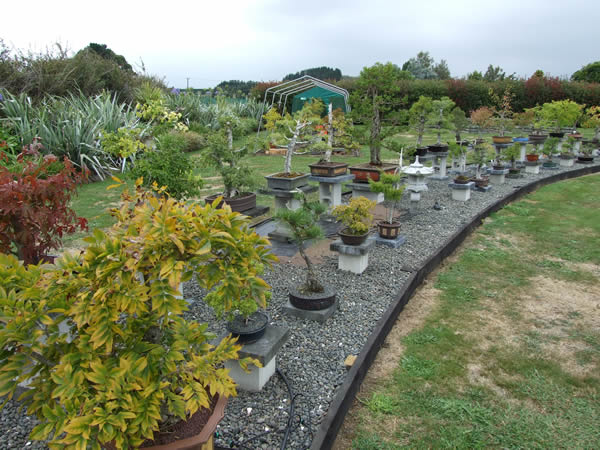 Peter is now starting work at 7.30 to allow for longer IT cover throughout the day – it means he gets home for just gone 4.30 giving him extra time for walkies in the daylight. 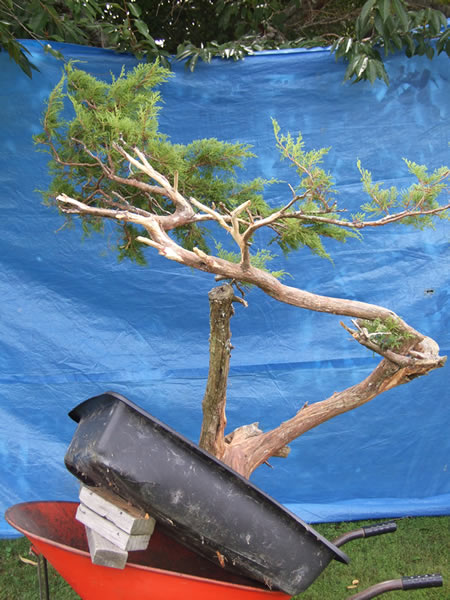 We had a long bonsai session this month. It started off with a great club demonstration by Tony Bebb from Australia on a large Juniper called ‘George’. 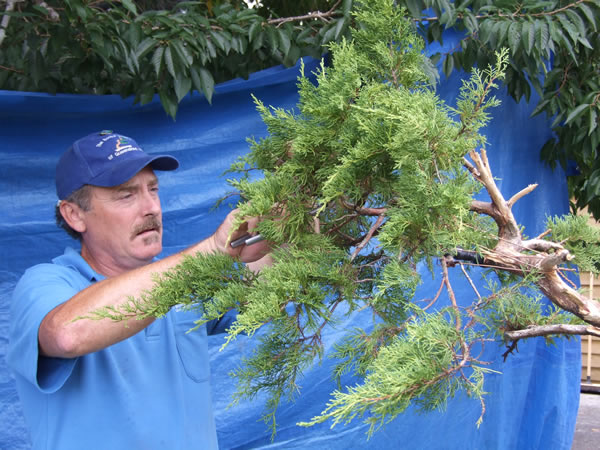 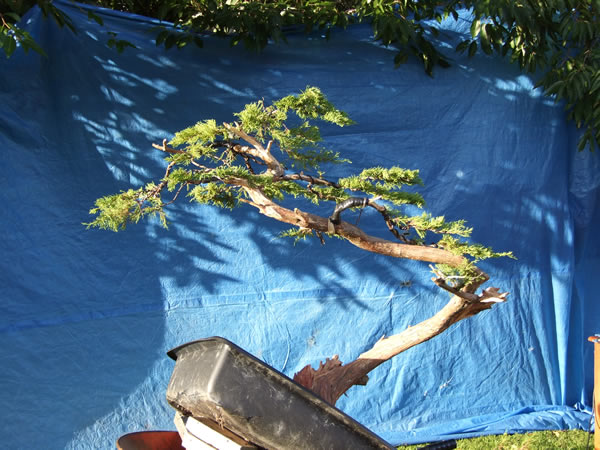 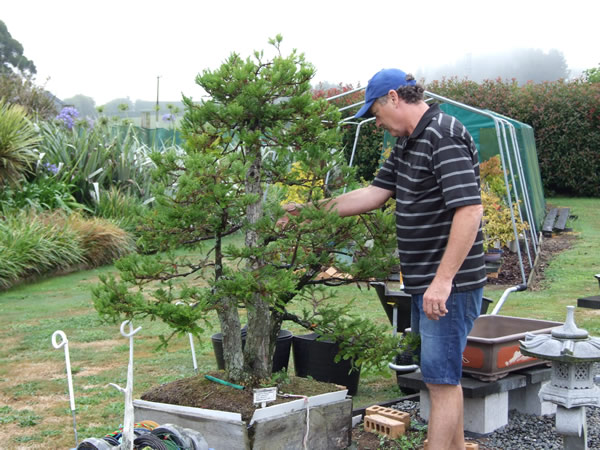 Peter had a full day with Tony repotting ‘Jake’ – the triple trunk Redwood they worked on last year. They also worked on five of his other trees. 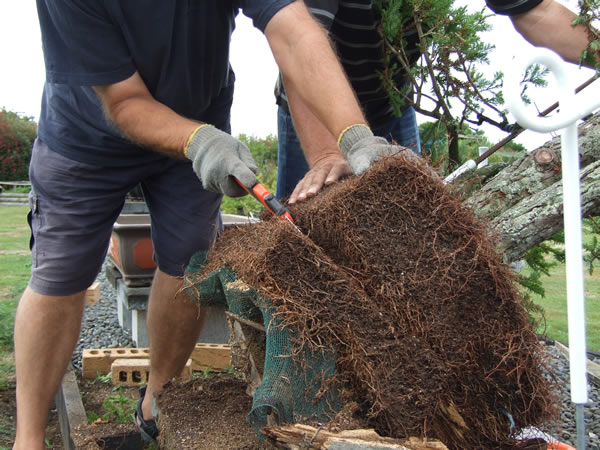 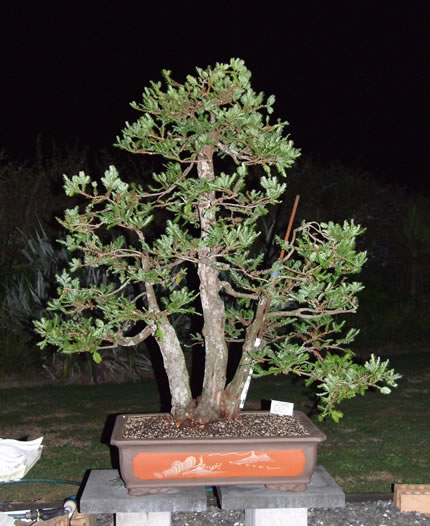 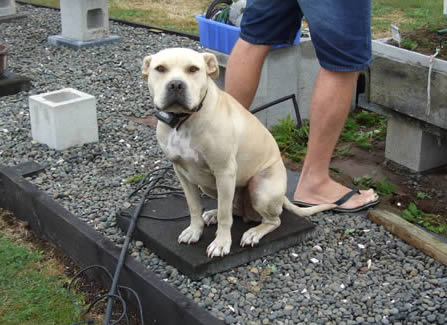 The girls watched what was going on (and got in the way occasionally). 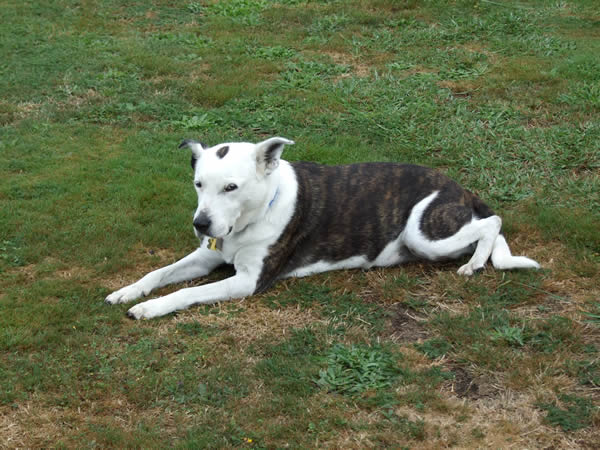 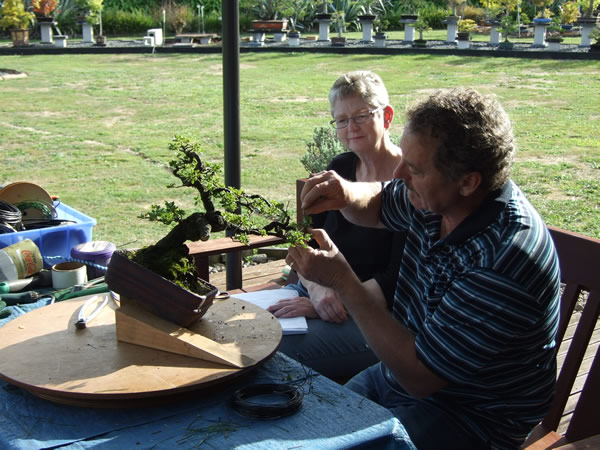 Ann also had a full day with Tony. They worked on 8 trees and Tony gave Ann advice on another 6 for next Spring. 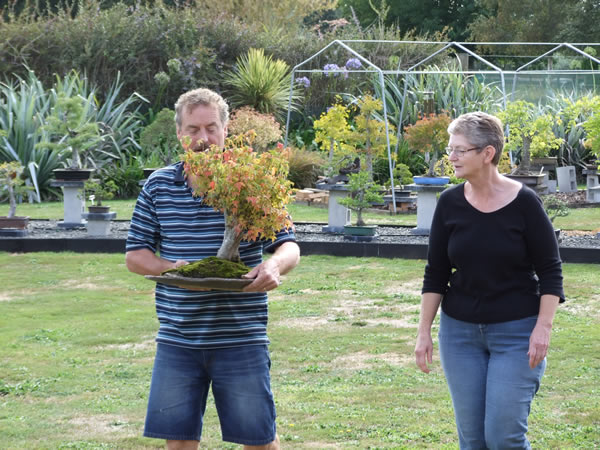 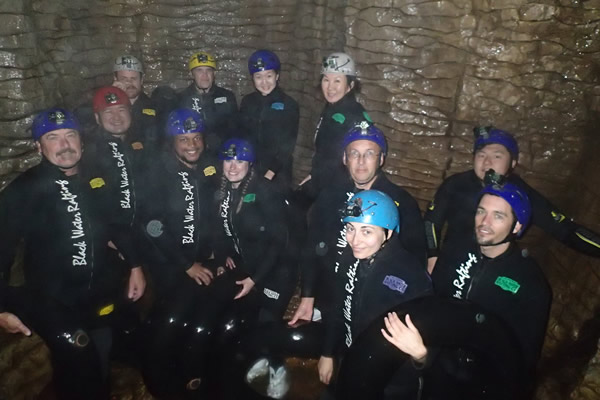 To give Tony a break from all the bonsai work Peter and Les took him Black Water Rafting in Waitomo – Tony wanted to do it again straight away! 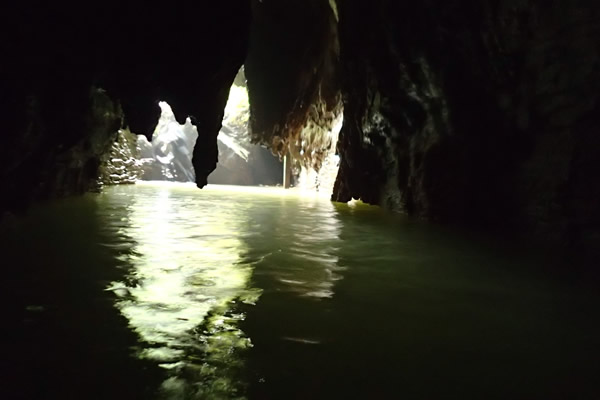 The end of the tunnel. 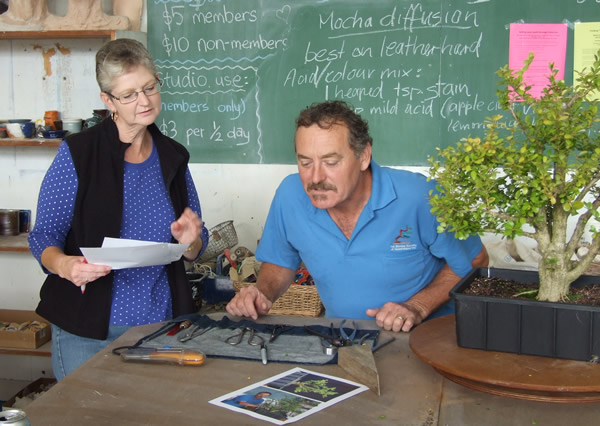 Then we had two days of club workshops with Tony – working where possible on the trees from last year.

Poor Honey began to get itchy again. She developed tiny bald patches all over her legs and belly where she’s been scratching and biting (Peter says it looks like she has the dreaded lurgy) so a quick trip to the vets and it’s on to antibiotics for her. As it’s now autumn hopefully there won’t be as much humid and hot weather – and her skin will calm down soon.

Maxie has been asserting her status as top dog. She and Peter were having some quality cuddle time and Honey tried to muscle in for some attention. Normally when Honey pushes in anywhere Maxie just sighs and moves to another spot – but not when it involves her beloved Peter! She growled and snarled at Honey telling her, in no uncertain terms, to back off! Needless to say Honey kept a safe distance for a few minutes before wandering off to her own spot. 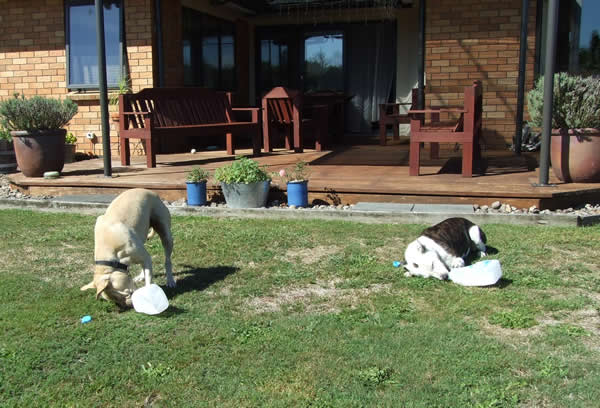 As well as helping themselves to peas, Maxie and Honey have been trying other plants. Maxie was caught picking berries from Peter’s Chilean Guava bonsai (cranberry) whilst Honey has tried both the capsicum and chilli. We’re not sure if she’ll try the chilli again as she was panting at super speed for over an hour after she tried it.

They still like their milk bottles as a treat. 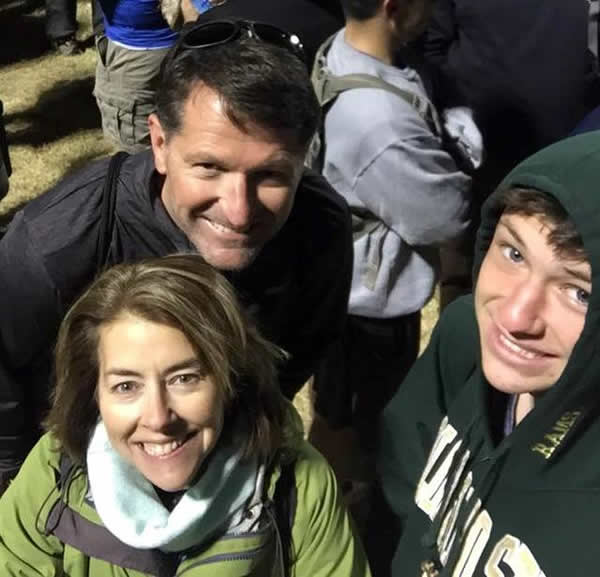 The Bataan Memorial Death March is in honour of the WWII soldiers (both American and Filipino) forced to walk 95kms through Bataan in 1942 to a POW camp. 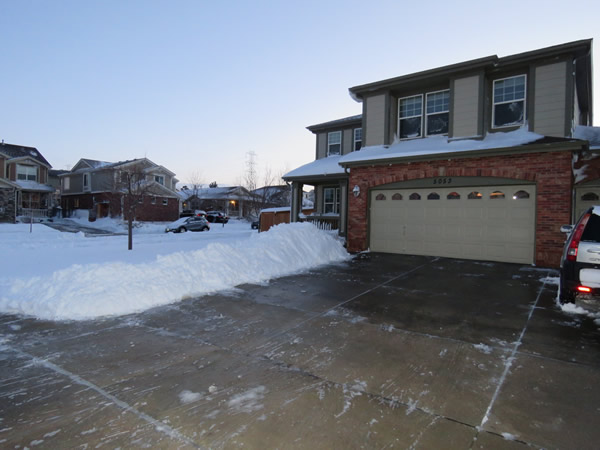 They returned home to Colorado and 16 inches of snow from a spring storm. 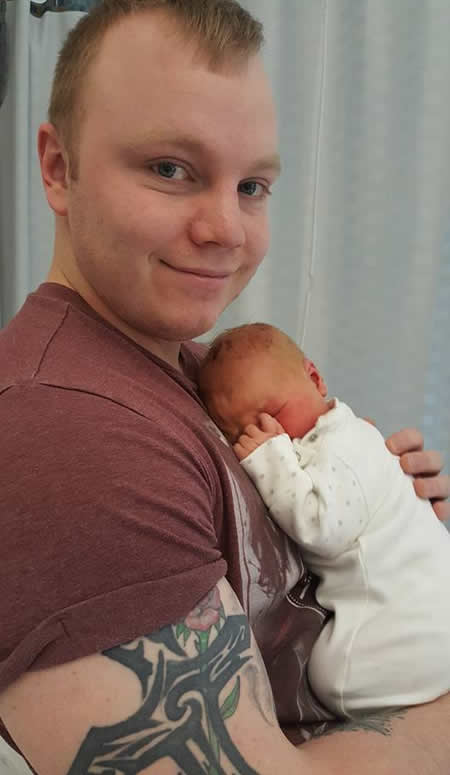 Kieran (Peter’s great-nephew) and Laura have welcomed Alfie, their first child, into the world.